“If anyone wants to be a follower of mine let them take up their cross and follow me. For anyone who wants to save their life will lose it; but anyone who loses their life my sake will find it” Matthew 16: 24-25

The Towards 2030 Strategic Planning Process has moved into the data collation phase following the completion of the survey by students in Year 5 through to Year 12. The community survey responses along with the data from the 13 focus groups will now be collated by the Circle Education group and a summary report prepared. The next step in the process will be a two day workshop involving the College Council and the Executive during which a full analysis of the data will take place. This process will be facilitated by Dr Phil Cummins who is a very highly regarded, experienced and internationally renowned strategist who specialises in working with educational communities. The workshop will take place in August. I am very excited about reviewing the data and reading about the hopes and dreams of our community for EAC. I look forward to sharing the feedback with you in the second half of Term 3. 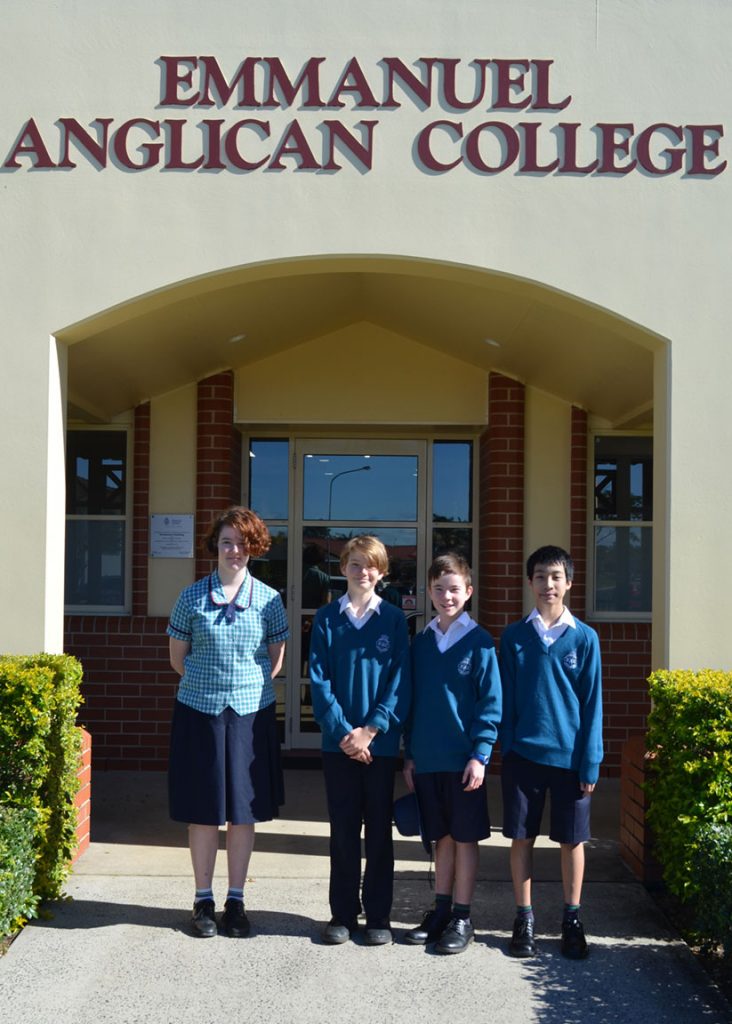 Congratulations to all the students involved in the HICES debating Competition this year. The state wide competition involves students from Stage 3 to Stage 6, initially competing in regional competitions. Debating provides an opportunity for students to develop many skills and builds student confidence and capacity as they are challenged to speak in front of a group, develop and sustain a considered and purposeful argument and think on their feet. All four of our teams won at least two of their Northern Division rounds. Our Stage 4 and Stage 6 teams were very successful and progressed to the next round. I am delighted to say that our Stage 4 Team defeated Newcastle Grammar this week in an inter-regional final and have progressed to the quarter finals. They will now travel to Sydney to compete against Hills Grammar. Congratulations to Alexander Kier, Roi Chang, Eliza Grosser and Luca Wagner on their success thus far and well done to all the students involved in the competition. A huge thank you to Ms McLintock, Mrs Campbell and Mr McCotter for their leadership of this program. The Development Application for the Multi Purpose Centre has been lodged with Ballina Shire Council and the project is set down for consideration at the July meeting of the Regional Development Planning Panel. Ballina Shire Council is very supportive of the project and we are very hopeful of the approval being finalised at the Planning Panel meeting. As you are likely to be aware, building on the College site, which is a flood plain and former cane field, can present some engineering challenges. We have had a number of meetings with our Engineering consultants and the architects to ensure that we can meet these challenges and ensure the construction of an outstanding facility for the EAC community. We are still working towards a timeline of construction commencing prior to the end of this year.

Once again, I invite families to consider joining our Home Stay network and hosting an overseas student(s) for one to two weeks in late July and early August. We have visitors coming from both Japan and China. All home stay families are paid approximately $45 a night for hosting. EAC has quickly developed a great reputation as a very welcoming and friendly place to visit. One of the most pleasing aspects of the Home Stay program has been the genuine friendships that has developed between families and the students they host. We are now seeing students and families from EAC travelling to Japan to visit their friends who they have met through the program. For more information, please contact Mrs Karen Bergan, the International Program Coordinator via kbergan@eac.nsw.edu.au

This week sees us begin the second half of the term. For our Year 4 students it will no doubt be a week of excitement as they journey to Tallebudgera on the southern Gold Coast. We hope that they have a wonderful time, learn a lot about themselves and others, challenge themselves to be out of their comfort zone, develop some skills needed to look after themselves and further develop habits of mind such as persistence, communicating with clarity and precision, thinking interdependently, taking responsible risks, thinking flexibly and managing impulsivity. We look forward to hearing some great stories upon their return on Wednesday afternoon. A huge thank you to Mr Christensen, Mrs Darnell and Mrs Anderson for taking the students to camp. On Tuesday we hosted Australia’s Biggest Morning Tea in the Ezzy Centre. This fundraiser for The Cancer Council was expertly catered for by the Year 11 and Year 12 hospitality students. Also a huge thank you to Mrs Melling for overseeing the baking process and coordinating the students in their production of a wonderful Morning Tea.

On Thursday night the Secondary students have their first social of the year. We hope to have a great crowd of students on hand and that they will enjoy the evening through food, friendship and having fun. All of our profits will be donated to a charity chosen by the SRC. Thank you in advance to all the staff who will be giving up their time to ensure that the students have an enjoyable evening.

Our staff will be busily writing reports over the next few weeks and I look forward to proof reading reports from Kindergarten through to Year 11 over the last few weeks of the term. When I read reports (apart from looking for errors and typos) I pay particular attention to the level of involvement that students have in the life of the College; whether in sport, culture or service. This extracurricular involvement demonstrates commitment to a team, cause or group beyond themselves. I also look very carefully at the effort ratings as academic effort has a very high correlation to academic success. We will look at ways of acknowledging student effort at an assembly early in third term.

On the sporting front, I particularly congratulate our NCIS Touch Football teams on their superb efforts last week. They represented the College with distinction and achieved some outstanding results. Yet again our sporting teams are achieving to a very high level against schools that are almost twice our population. This is testimony to the quality of our coaches and the opportunities available to our students across the College.

Finally, a reminder to parents regarding student safety and supervision before school hours. Our staff begin playground duty at 8.15 am and there is no supervision available before this time. Please avoid dropping your children earlier than 8.15 am unless they are at supervised sports training. 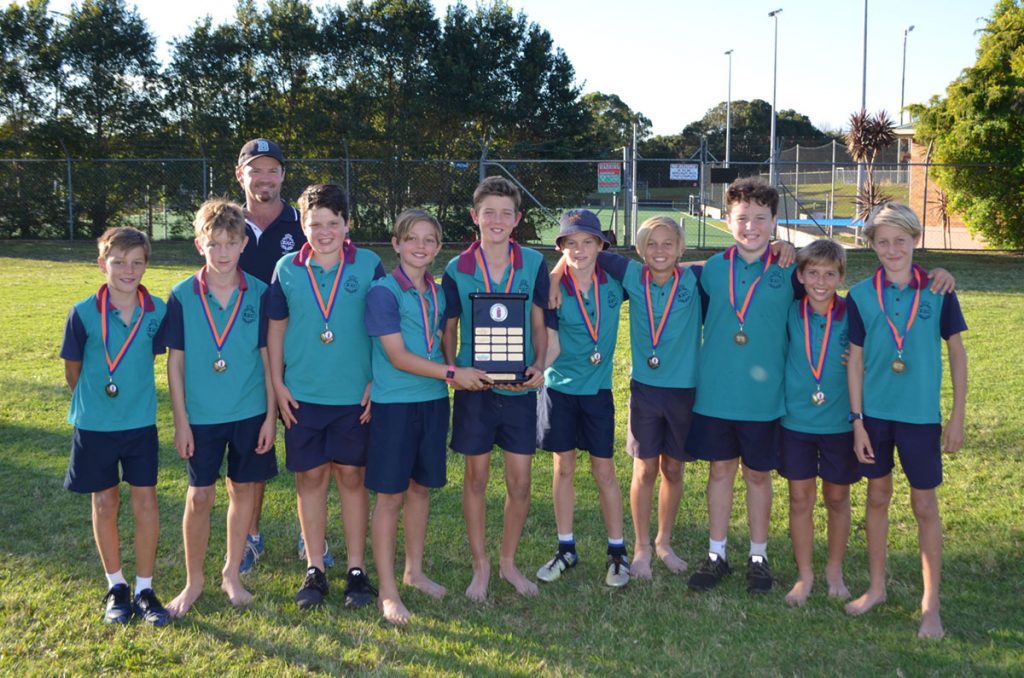 On Thursday last week our representative Touch Football teams competed in the NCIS Touch Football Championships in Goonellabah. The conditions were dry and cool, perfect for playing Touch Football. Our teams had been training hard for the competition under the direction of Touch Coach Allan Kirchin and our team of teachers Mr Evans, Mr Jukes, Mr Brenton Mr Falvey, Mrs Kelvin and Mrs McClelland. Their training paid off with good performances on the day from all teams.

In our best results so far at NCIS Touch Football we had five out of six teams make the semi finals, three out of six made the grand finals. And our Primary boys were the NCIS Champions for 2019. Well done to all teams and thank you to all the staff who helped out with coaching the teams in the lead up. Thank you also to the parents of the players for bringing them to morning training sessions, their hard work certianly paid off.

As a result of their outstanding play this year we had six players chosen to represent NCIS at the NSW CIS Touch Football Championships. Congratulations to Aidan Rogers, Milos Safranek, Nkosi Malaba, Indiya Ledingham, Mikala Campbell and Lily Smith. These students will travel to Sydney later this month to represent NCIS and EAC on 17 & 18 June. Kindergarten was visited by our friends from Brumby’s Bakery, Ballina last week. They showed us a power point about how bread was made, from the beginning of the mixing process all the way through to the baking of the dough and then answered our many questions. The bakers from Brumby’s Bakery also helped us to make our own delicious bread rolls. They took our wonderful dough creations back to their ovens in the store for baking and returned our rolls to us in time for lunch. Our bread rolls were delicious! Thank you to Brumby’s Bakery for coming to visit us. We had a dough-lightful experience! Scholastic Book Club Issue 4 has been sent home with all Primary students this week and it is full of great books for all readers. Some highlights from this issue
include:
Gold Coin Titles
#010 And Kangaroo Played His Didgeridoo
#101 Mutt Dog
#201 I Heart Pets
#204 Ash Ketchum, Pokem Detective
#301 Captain Underpants The Perilous Plot

And the list goes on and on…
Orders can be placed directly online with payments made by Visa or Mastercard.  Paying online also unlocks great benefits and special offers throughout the year.  You may also pay by cash or with cheques payable to Scholastic Australia.
Scholastic Book Club Orders must be completed online or given to me by  THURSDAY 20 JULY 2019. 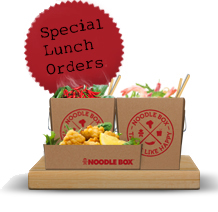 Noodle Box from “Noodle Box” at Ballina Fair, will be available from the canteen next Tuesday, 11 June.  If you would like to order Noodle Box for your child’s lunch next Tuesday please complete the order form (found here)

then attach your order to a paper bag with your payment enclosed. This should then be put in the canteen basket on Monday morning, 10 June . Order forms will NO LONGER be sent home but are also available online or from the office or canteen.