‘God is love and anyone who lives in love lives in God, and God lives in them’ 1 John 4:16 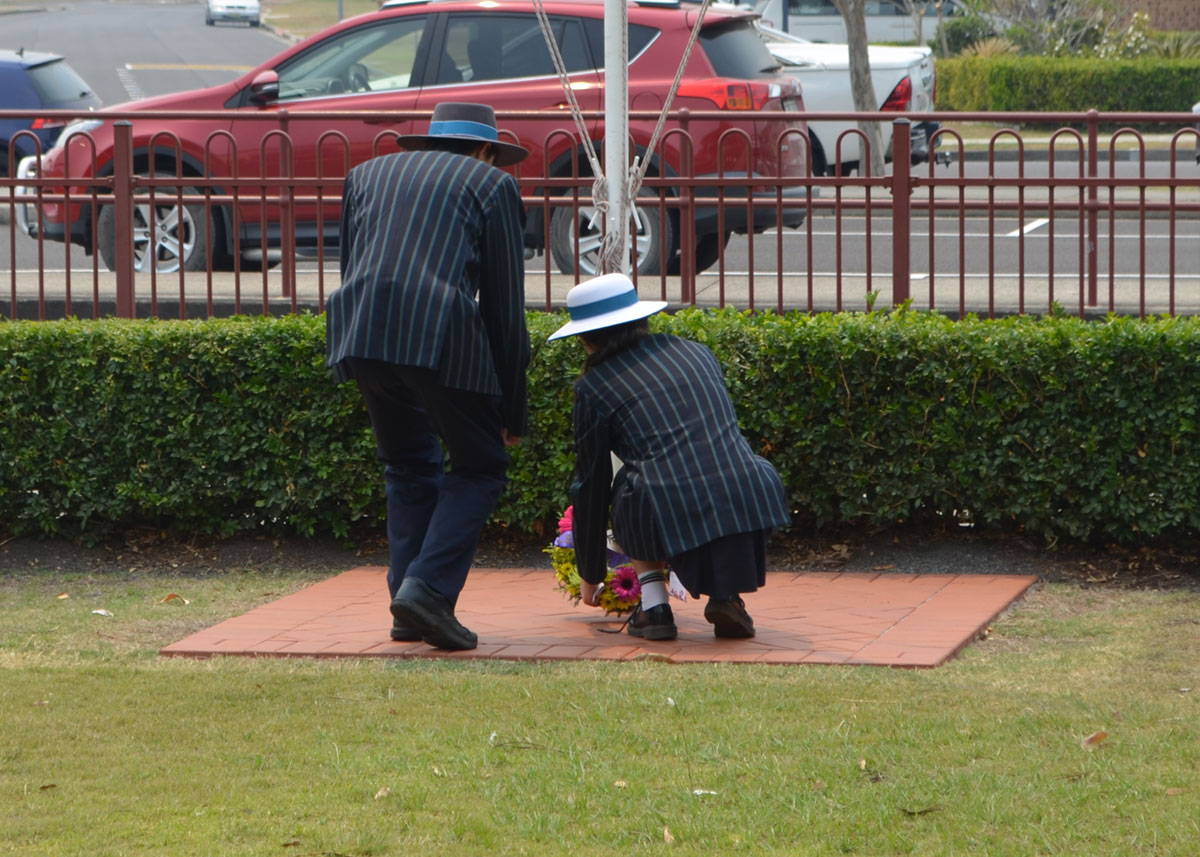 On Monday the College community paused at 11.00am to remember all those that have given their lives in conflict in order to protect the wonderful way of life that Australians enjoy. Rev Sally led a prayerful and reflective service for all students and staff as we prayed for peace in our world while gratefully remembering all those who been injured or lost at war. I was very proud of all the students, including our youngest, who showed great prayerful respect as we recited the Ode, played the Last Post and stood silently for one minute. Our School Captains and Student Leaders also represented the College proudly at Remembrance Day events at the RSL Life Care Village and the Ballina RSL. Lest We Forget.

Once again, I would like to thank the wonderful group of Friends volunteers for all of their efforts to put together Freaky Friday. The afternoon was a great community gathering, heaps of fun and financially very successful. The final fundraising figure was just over $14100. An incredible effort. Thank you to everyone who supported the event.

The HSC written examinations have come to an end and so this week we will finally say good bye to the Class of 2019 at their Formal on Friday evening. The group have chosen to hold their Formal at Summerland House and I am sure it will be a beautiful venue for their celebration. As they depart the College in readiness for the next stage of the journey we pray for God’s blessing on them and wish them every happiness and success.

As we move into the final stages of the year I thought some advanced notice to assist with planning, working and family commitments around the key events to finish the College year would be helpful.

All our families are invited to join us at St Mary’s Anglican Church at 6.00 pm for a Christmas Concert.

The Presentation Ceremonies for 2019 will take place at St Mary’s Anglican Church, Ballina at the following times:

Please mark these very significant events in your diary.

Last Friday and on Monday our new College Captains and College Leaders experienced their first formal leadership opportunity as they represented the College at local Remembrance Day services. Tim Weingarth and Ella Du Plessis read an article and laid a wreath at RSL Life Care’s service. On Monday Grace Killingbeck, Lara Truman and Patrick Thornton laid a wreath at the Ballina RSL service. Each of the students represented the College with an appropriate level of decorum and respect befitting the occasion and have made  a very favourable start to their tenures. Francois Van Kempen from Year 10 also deserves a mention here as he was a member of the catafalque party at the Ballina RSL service and did a great job. Back at school everything fell silent at 11.00am as Rev Sal led the Whole College community through a moving Remembrance Day service.

I was reading a wonderful article in last Sunday’s ‘Sunday Mail’ written by Dr Judith Locke, Brisbane based clinical psychologist and author of ‘The Bonsai Child’. The article outlined some simple steps for raising resilient children. After all we all want our children to be capable, resilient contributors to their community and society in general. These hints are summarised into short form. 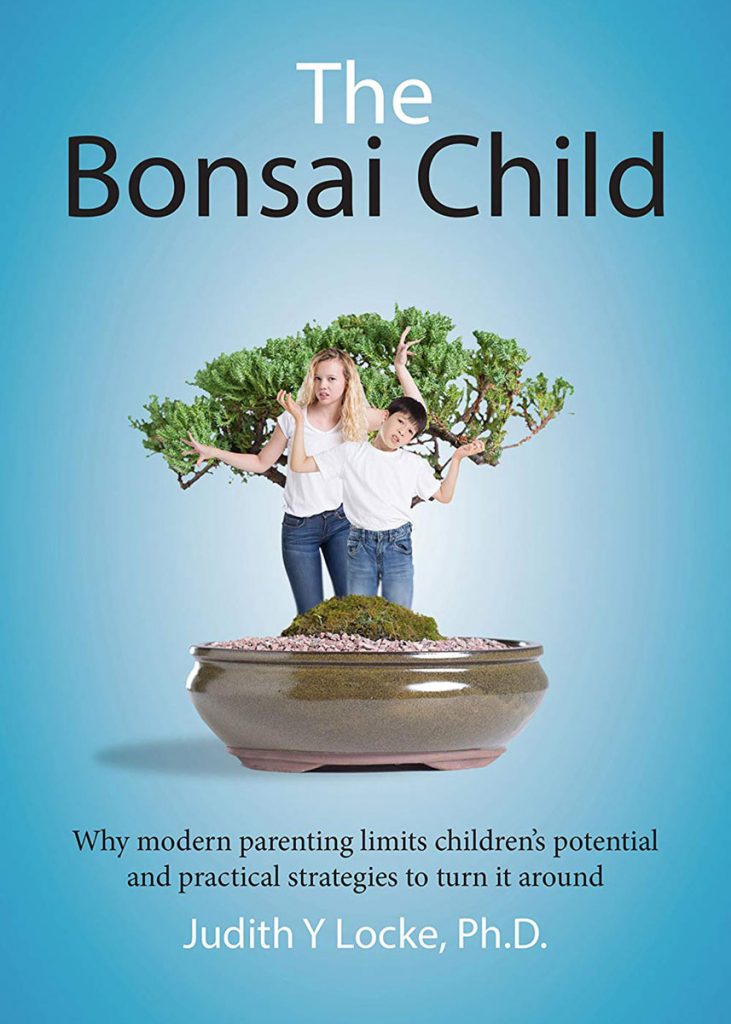 With awards season, class placements for 2020 being worked upon and the holidays approaching there has never been a better time to hone in on building resilience in your child. Our Primary and Secondary pastoral care lessons regularly focus on resilience as it is a vitally important disposition for life.

This coming Friday our Year 5 students will be presenting their leadership speeches to their peers and then voting will take place for Primary Captains and Primary House Captains. I wish each of these young students every success and hope that they have the presence of mind to conquer their nerves and put their best foot forward. I always maintain that it takes an enormous amount of courage and relatively healthy self-esteem to put yourself forward for student leadership. Good luck to all candidates and thank you to Mr Christensen for his oversight of the process. Once speeches and voting has occurred, the votes are tallied and a list of candidates is put forward to Mr Tobias for his approval.

As we move into the second half of the term I would ask that parents support us by ensuring that their children attend school every day and that all of our students maintain a disciplined and positive approach to their learning right up until the end of the year. 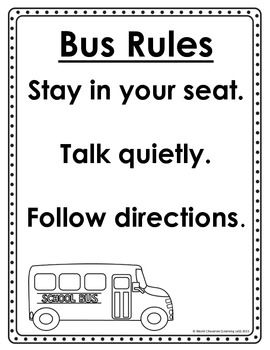 All students who travel to and from the College on buses are expected to behave in a way that is safe, responsible and reflects EAC’s values. I have recently had a report of unsafe behaviour at the Alstonville bus stop regarding our students playing handball and the ball bouncing onto the road. Please wait patiently, quietly and safely at all bus stops. Playing handball near the road is not waiting safely.

Congratulations Katie Smith who last week represented EAC at the NSW Primary School Sports Association Athletics Championships. Katie competed in the Long Jump and finished 7th overall in NSW.  This is a fantastic result, well done Katie we are very proud of your achievements.  The championships were held at Sydney Olympic Park Athletics Centre. This ends an outstanding school athletics season for Katie who has progressed through three qualifying competitions to reach this level (School, NCIS and NSW CIS). 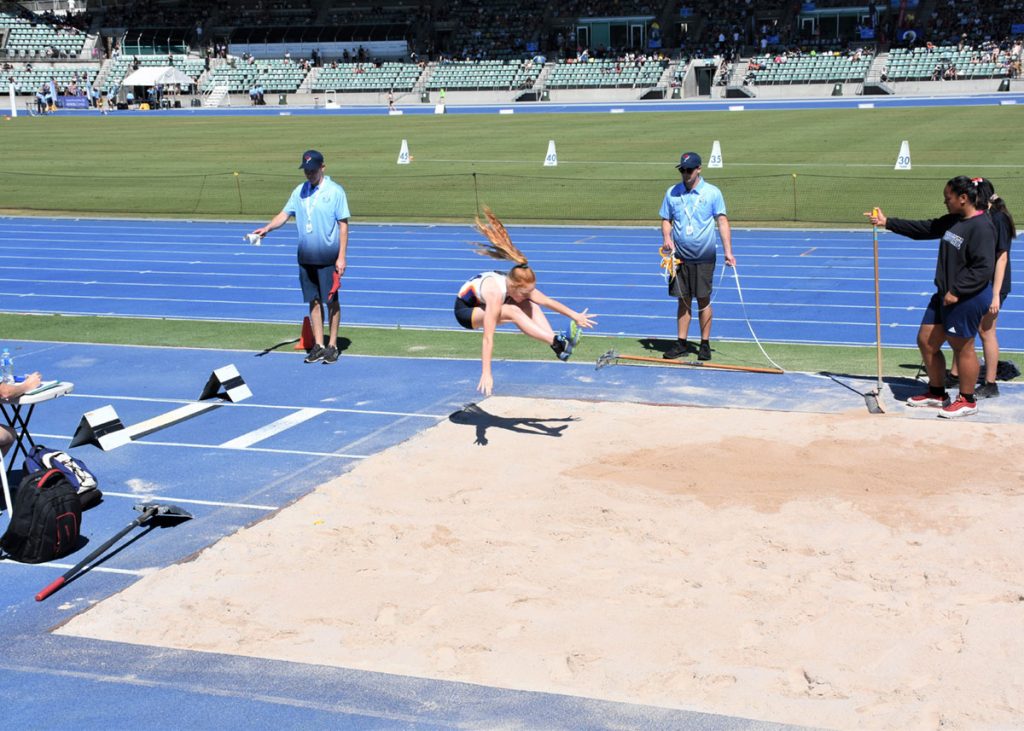 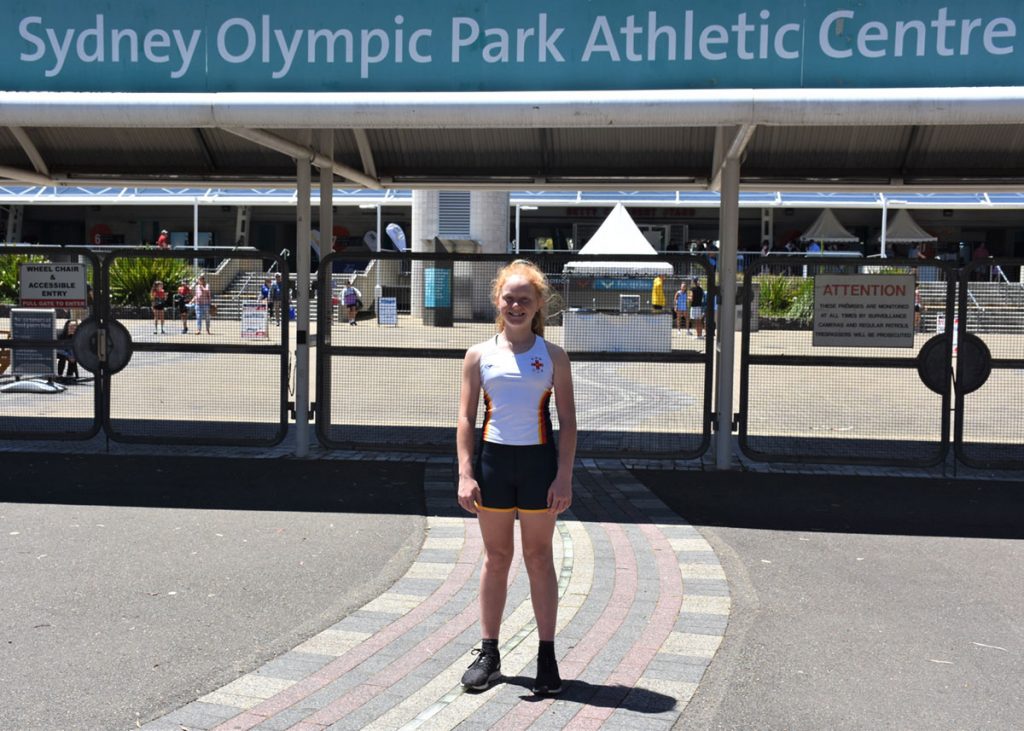 Both teams have been training hard over the past 4 weeks under the guidance and tutelage of our basketball specialist coach (Nash Campbell) and staff. It was evident that the training sessions had improved all players’ basketball skills, shooting and positional court play. Thank you to the parents for ensuring their child attended the early morning training sessions and to staff for their time and commitment to training.

Both teams were competitive at the tournament in their pool games however only the boys team advanced into the grand final.

The boys grand final was an epic game and I am sure that our boys who played in the game and the girls team who watched and cheered them on from the side line will not forget.

Coach Campbell came up with a strategy for the grand final to contain the BDC players and minimise the BDC scoring opportunities. To their credit the EAC boys were able to successfully implement the game plan which placed considerable pressure onto the BDC players from the start of the game. This was helped by the EAC sharp shooters who were also on target ensuring EAC were a couple of points ahead of BDC at half time.

BDC came out blazing after half time and scored the next 10 points of the game which placed considerable pressure back onto the EAC team. EAC fought back hard which resulted in an equal scoreline with  1 minute to go on the clock.

In the last minute of the game BDC missed a hoop and EAC won the ball. EAC moved up the court toward the hoop and made a shot that missed, the ball went out and it was a BDC ball.  With only 30 seconds left in the game the BDC team were able to bring the ball up the court and very cleverly their NSW rep player was able to force a foul from 1 of the EAC players under the hoop giving him 2 free shots. The buzzer sounded and now the BDC player had to score to win the game. His first shot at the hoop missed, 1 to go, his second shot went in and BDC won by 1 point.

All credit to our players who were gracious in defeat and displayed exceptional sportsmanship by walking straight over to the BDC players to congratulate them on their win. The boys received runner up medals which they thoroughly deserved. 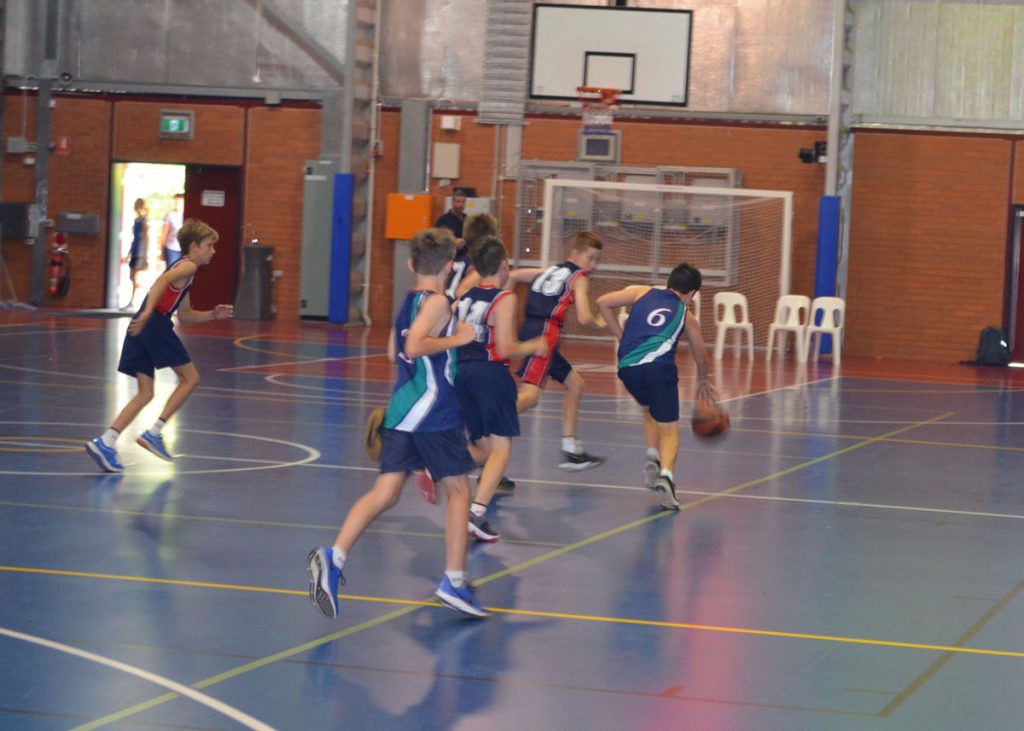 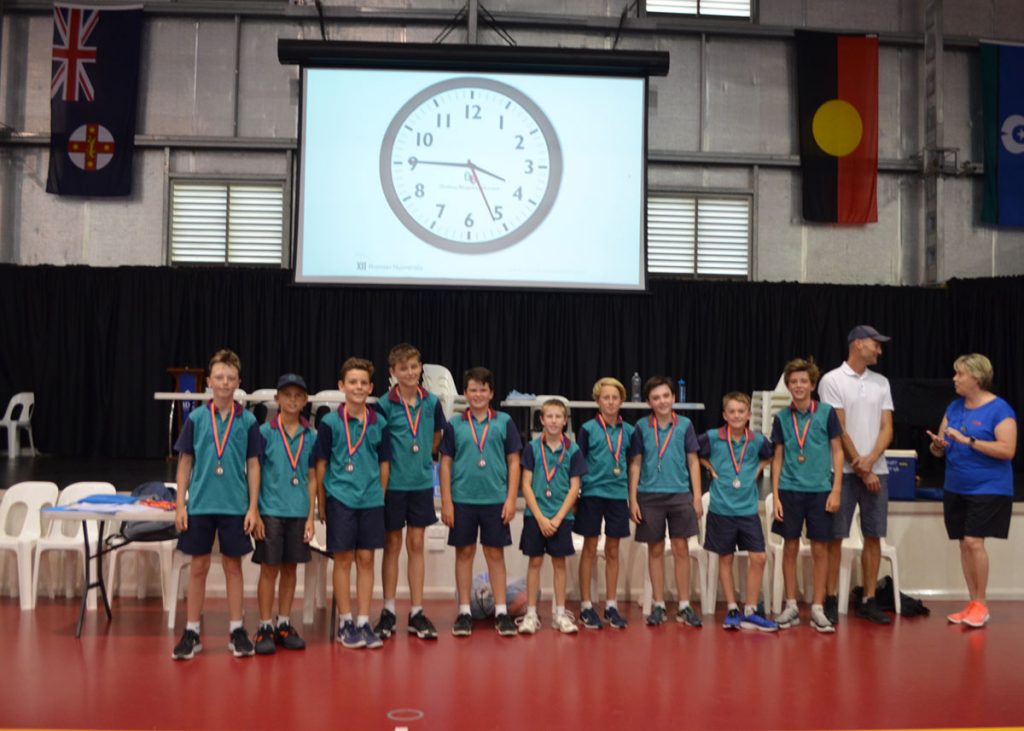 As with all of our NCIS primary sporting teams at the end of each primary NCIS tournament we ask the EAC representative players from each team to reflect back upon the training sessions and tournament and vote on their team’s best and fairest players decided on a 3 point scoring system.

Before the voting takes place the players are asked to consider and allocate points based on the following positive player attributes:

It was no surprise that many players collected points in the voting because each player of both the boys and girls team consistently displayed positive player attributes.

However in the end there were 2 clear winners who were voted by both the players and coaches as the EAC NCIS Primary Girl and Boy Basketball Tournament Best & Fairest Players and they were:

Congratulations to Eden and Cooper who were acknowledged with awards at this week's Primary assembly. 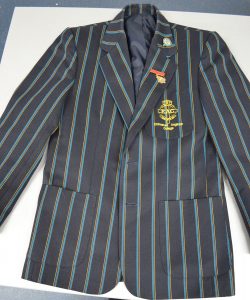 Parents wishing to purchase a secondhand blazer please come to the Uniform shop on Tuesday afternoon between 2.30pm and 3.30pm in the Ezzy Centre. 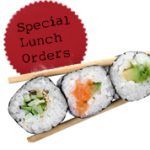 Sushi from IGA, will be available from the canteen next Tuesday, 19 November. If you would like to order Sushi for your child’s lunch next Tuesday please complete the order form found here:

Then attach your order to a paper bag with your payment enclosed. This should then be put in the canteen basket on Monday morning, 18 November.

With the College year coming to an end I will be cutting back on my ordering so that excess stock is not being held over the Christmas break.

This will begin in Week 6, starting 18 November. I will keep you posted of the availability of items through this newsletter.  I will post what is no longer available and what stock I am running low on.

I will always have available fresh items, sandwiches and rolls etc but will also guarantee dino nuggets and junior pies. Thank you for your continuing support of the canteen in 2019. 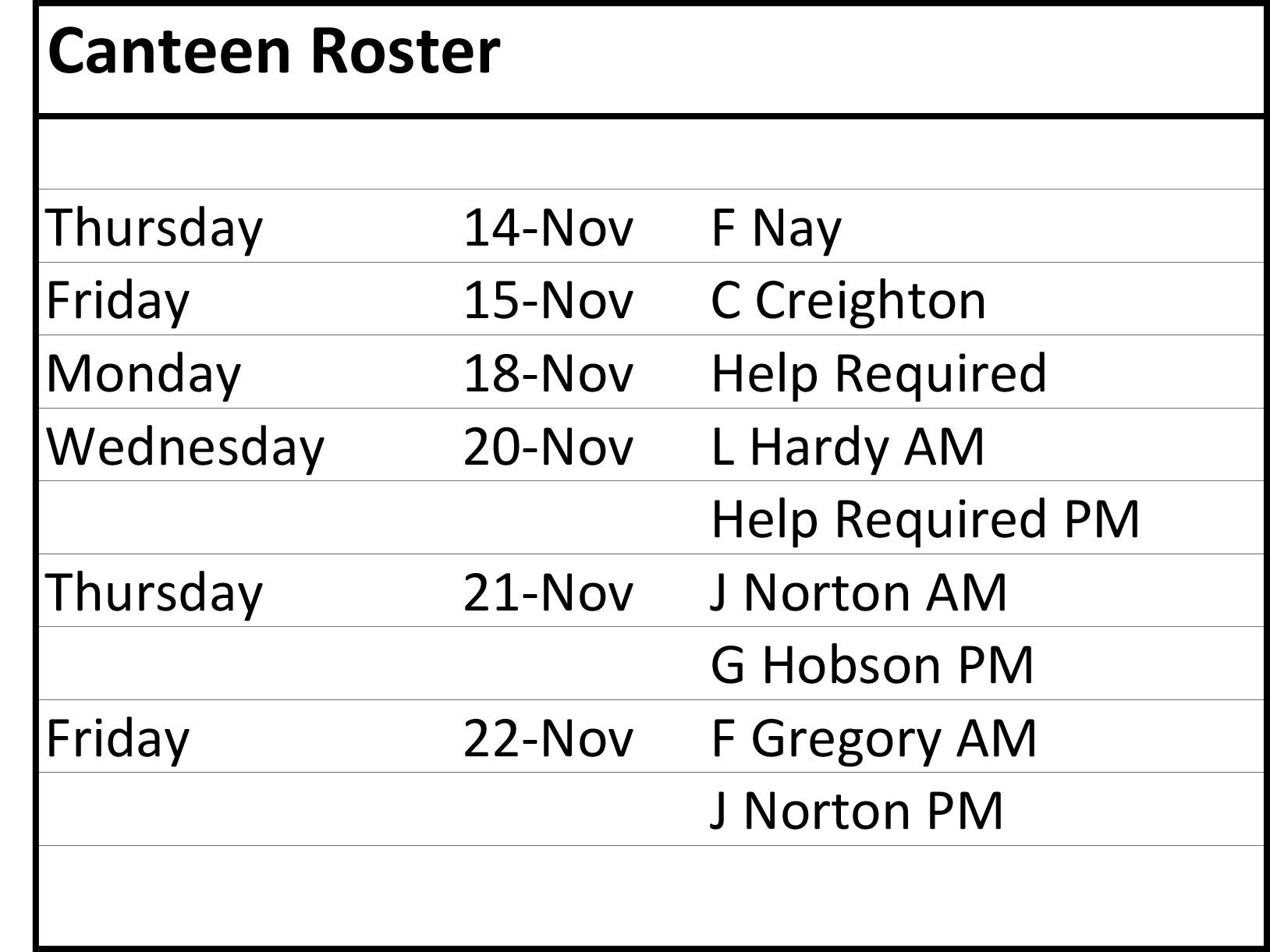 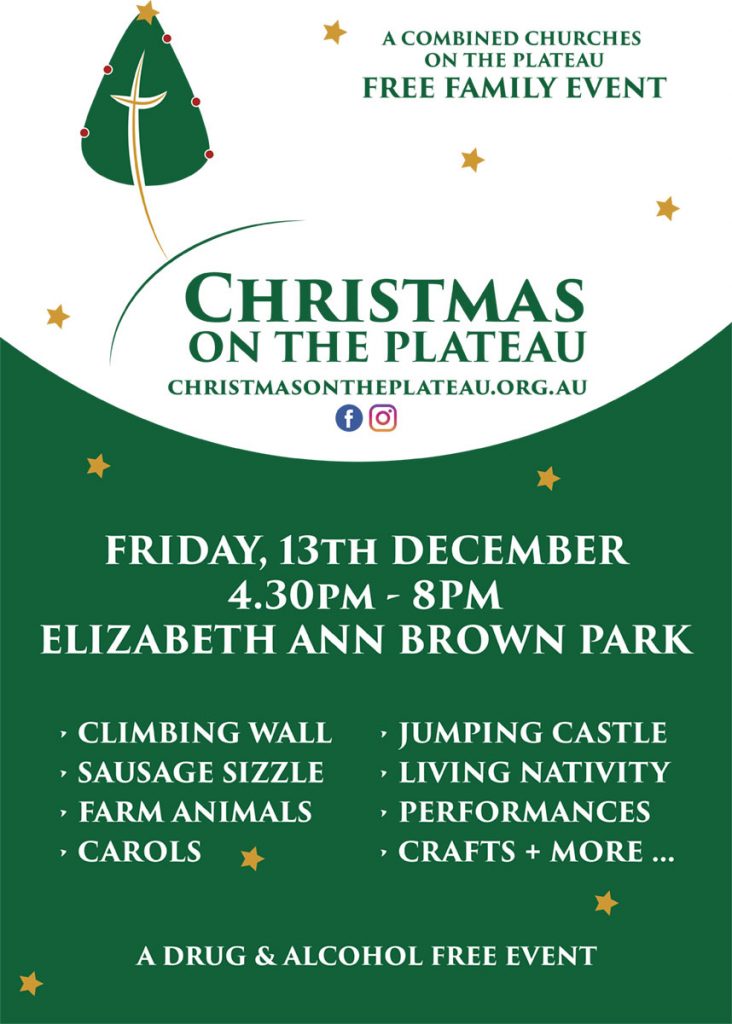