“You are the light of the world, A city built on a hill top cannot be hidden....in the same way your light must shine in the sight of all, so that, seeing your good works, they may give praise to God." 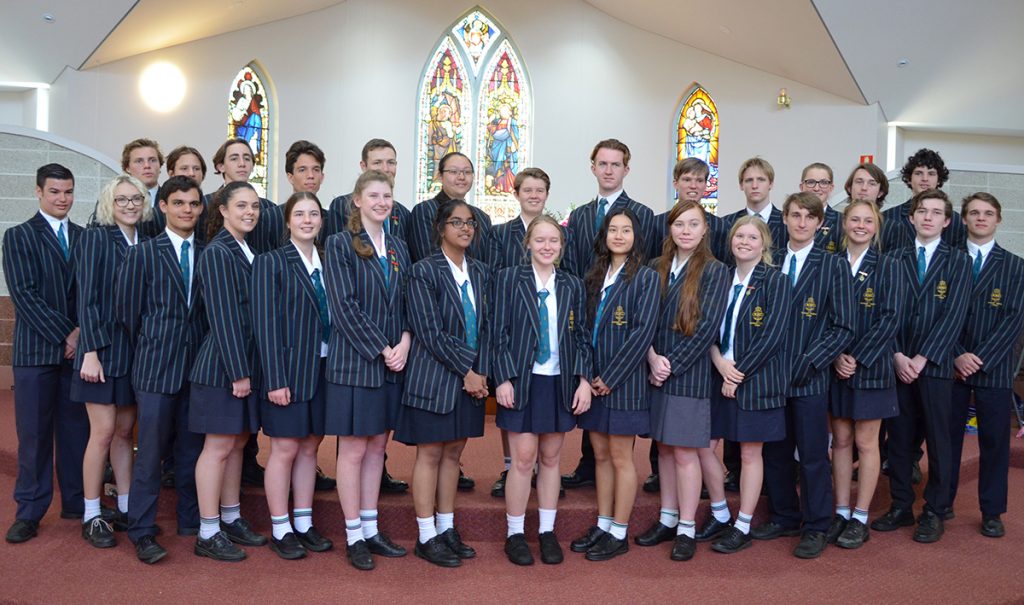 This week we will farewell the Year 12 Class of 2017. For the students, families and teachers it is a time of much joy and celebration as they reflect on their years of schooling.   It is also a time of of some sadness as this part of the students’ journey comes to an end and they ready themselves to take the first tentative steps in a new direction. It is quite a remarkable transformation that takes place in each graduand from their first days in Kindergarten to their last in Year 12. Having started school knowing little about reading and writing, unaware of how to tell the time ore use money  and most likely even unable to tie a shoelace and yet they will leave the College this week articulate, confident and ready to take on many new and exciting challenges. It is a wonderful tribute to their parents, teachers and the students themselves that they have come so far and grown into such fine young men and women.

As part of my Graduation Address, I shared a story from the scriptures that comes from one of the lesser-known books in the Bible called the Book of Tobit. The story is about a boy who is preparing to leave home and the wisdom his father has for him as he embarks on the next stage of life’s journey. One of the reasons this story resonates so much with me is because his son’s name is Tobias. In the story, Tobit is quite old and his son, Tobias, is about to go on a long journey. Tobit is not sure if he will see his Tobias again so he calls him to his bedside to give him some advice about how to live a good life.

My child,
Always honour your mother. Do all that she wants and give her no reason for sorrow.
Be faithful to the Lord all your days. Never entertain sin or break the law.
Do good works all the days of your life. If you always act in truthfulness you will be successful.
Never turn your face away from anyone who is poor.
Always avoid loose conduct and choose your spouse carefully.
Be well disciplined in all your behaviour.
Do not drink wine to the point of drunkenness and do not let excess be your companion.
Give bread to those who are hungry and your clothes to those in need.
And be generous in all you do, ask advice of every wise person and bless the Lord God in everything.
And so my child,
Always remember these values and never let them fade from your heart. (Tobit 4:3-20)

Over the coming weeks Year 12 will prepare for, and then sit, their HSC Examinations and I ask all our families to keep them in your thoughts and prayers throughout that time.

Finally, I wish to congratulate and thank all our students and staff for their efforts and enthusiasm throughout Term 3. It has been another dynamic and eventful term and I am sure our students and staff are looking forward to a well-earned break.  Term 4 commences for all students in Kindergarten to Year 12  on Tuesday 10 October.  The staff will be engaged in a professional learning day on Monday 9 October. 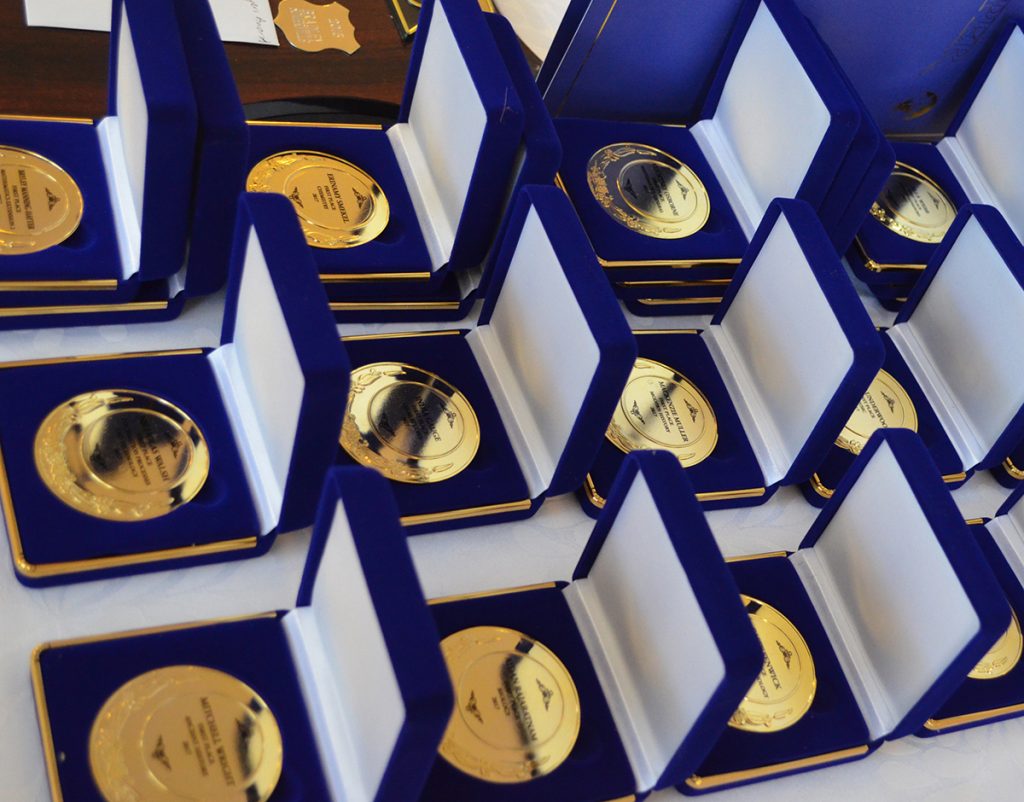 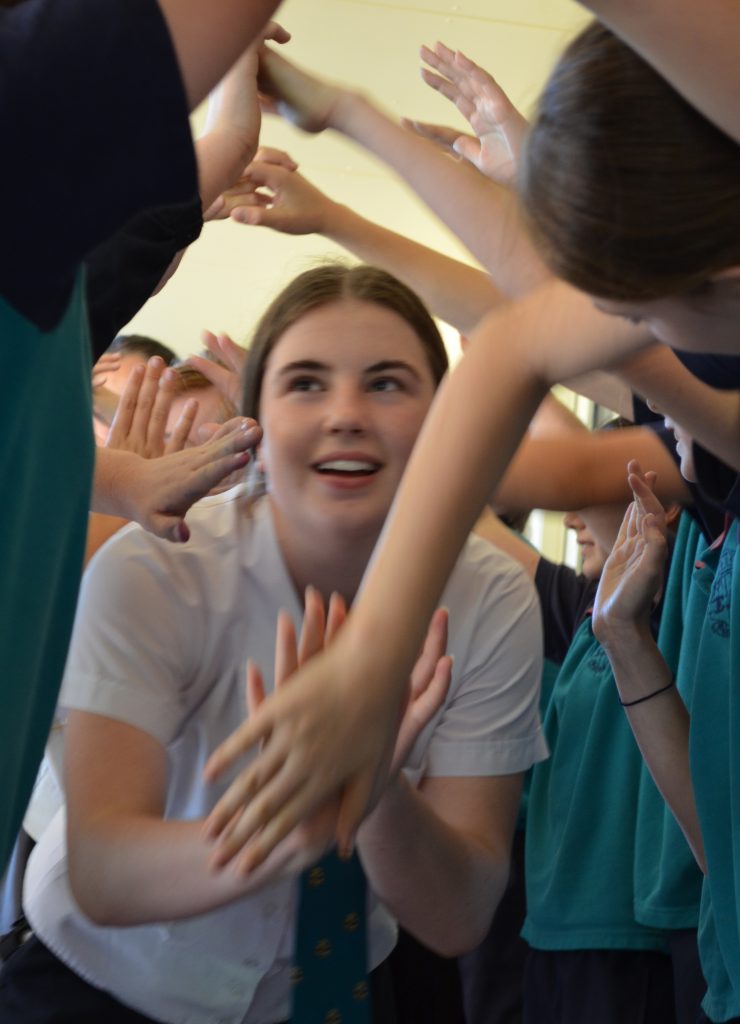 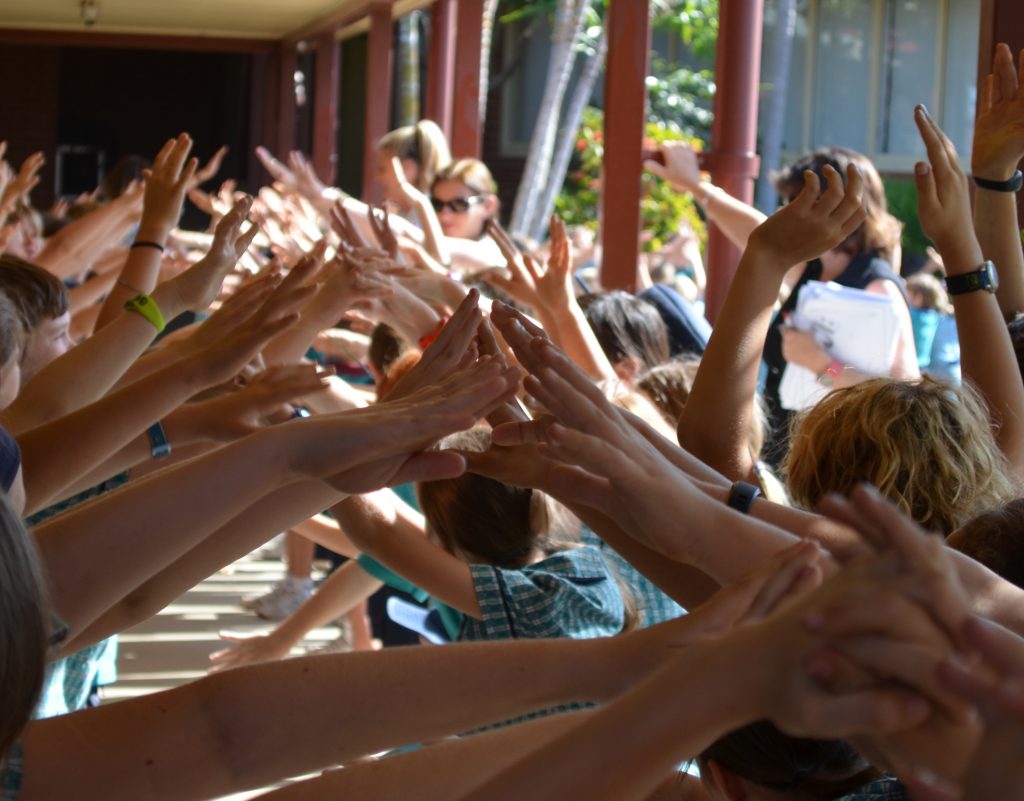 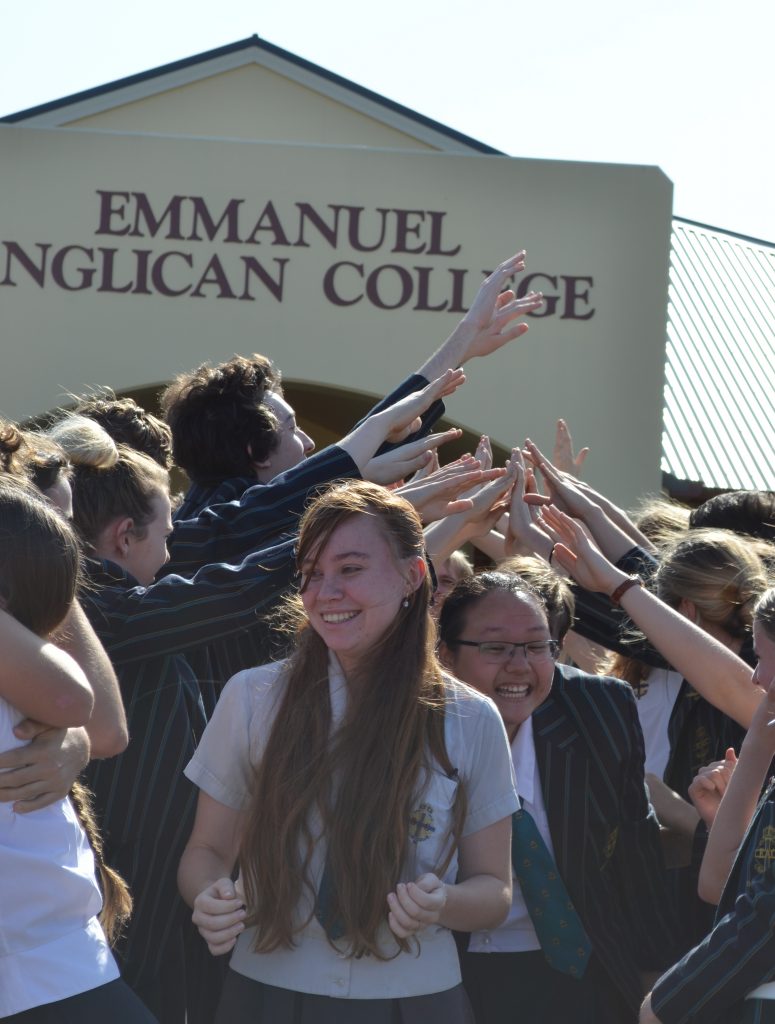 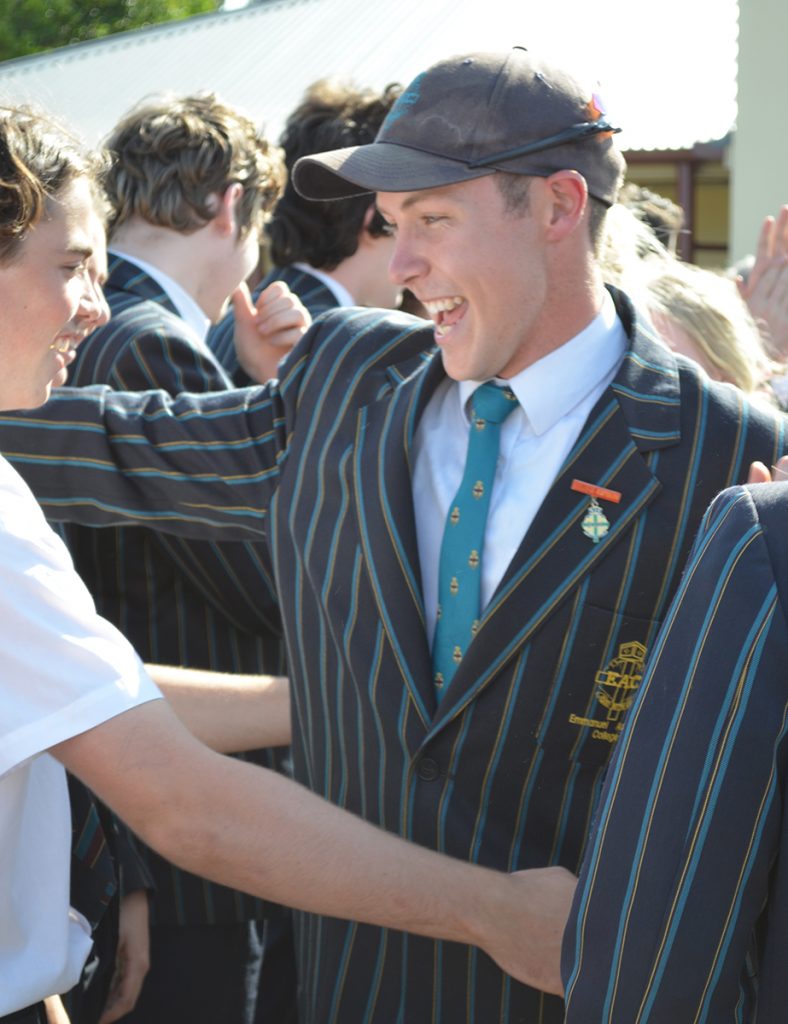 off the deputy's desk 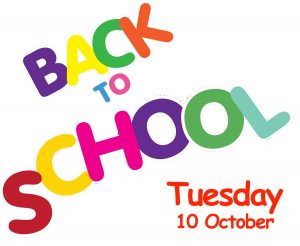 Term 4 will begin for all students on Tuesday 10 October. We look forward to everyone returning after a relaxing break, ready for the last term of the year.

From the start of Term 4 Parent Pick up will return to the area at the front of the demountable on the Primary School side of the grounds. It will remain in this location until the completion of the HSC, at the end of Week 5.

Over the past few weeks we have seen an increase in calls from parents asking us to remind students about their pick up/travel arrangements for the afternoon. This is becoming quite time consuming for our office staff, and will present a problem during the HSC when we are not able to use the PA system. If you child has a change in arrangements can you please write it in their planner, or write a note for the class teacher. We appreciate your assistance with this matter.

On Thursday 19 October parents of Yr 11 students will be able to collect Academic Reports from the library from 3.15pm. We are holding Parent and Teacher Interviews from 3.30pm to 6.30pm. Interviews will be followed by a HSC Information Session in the Ezzy Centre. We look forward to seeing you all there.  Parent teacher interviews can be made via the Parent Portal.  Please contact the office if you need assistance.

This week’s activity with the Kindergarten Buddies was to make a character out of modelling clay and write a little story with their character as the star! This proved to be a lot of fun. The characters were amazing and the stories were very creative. Some Year 6 students embellished the stories a little… They are all going to be published and put into the Buddy books that the Kindergarten students will receive at the end of the year. 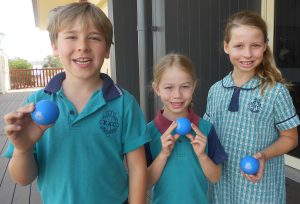 Students receive tokens for demonstrating our College values on the playground.  Tokens are placed in our Values Barrel and three names are drawn out, acknowledging and rewarding positive behaviour on the playground.

This fortnights three deserving winners are:  Olivia, Ronald and Lara.

Last Wednesday 16 EAC Primary students represented NCIS at the NSW CIS Athletics Championships. The Championships were held at the Sydney Olympic Park Athletics track. The students had trained hard in the lead up to the competition with many attending three times per week with the College Athletics Training Program to prepare.

One of the highlights of the competition was our Relay Teams, Our Junior Boys (Harry Cass, Harry Falvey, Kelly Campbell & Lewis Carroll-Burgess) finished 5th overall less than 1 second from a medal and 1.5 seconds away from first place. Our Junior Girls relay (Zali Wallace, Zali Falconer, Zoe Campbell & Katie Smith) were the youngest in the competition with one 8 year old, two 9 year old's and one 10 year old. Despite the age difference the girls were still very competitive finishing in the middle of the pack. It was very rewarding to see the young athletes perform so well in this high standard competition.

I would like to thank all the parents who made the effort to take their children to the competition, I know it is a big effort for families to attend these events. Thanks also to our Athletics Coach Mr Greg Potts who has done a fantastic job this year with our Athletics Team. 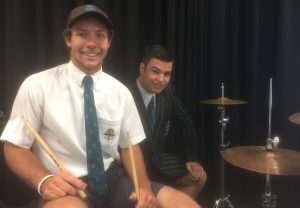 Last Friday, Ben Brady and Kyle Underwood completed their Music Performances in front of the HSC Music Examiners. The boys performed a variety of repertoire from the Jazz and Rock genres. They should be congratulated on the way they prepared themselves for such an important occasion. They were organised and fully rehearsed. They performed with confidence and precision. I have enjoyed working with Ben and Kyle this year and wish them all the best with the remainder of their exams. 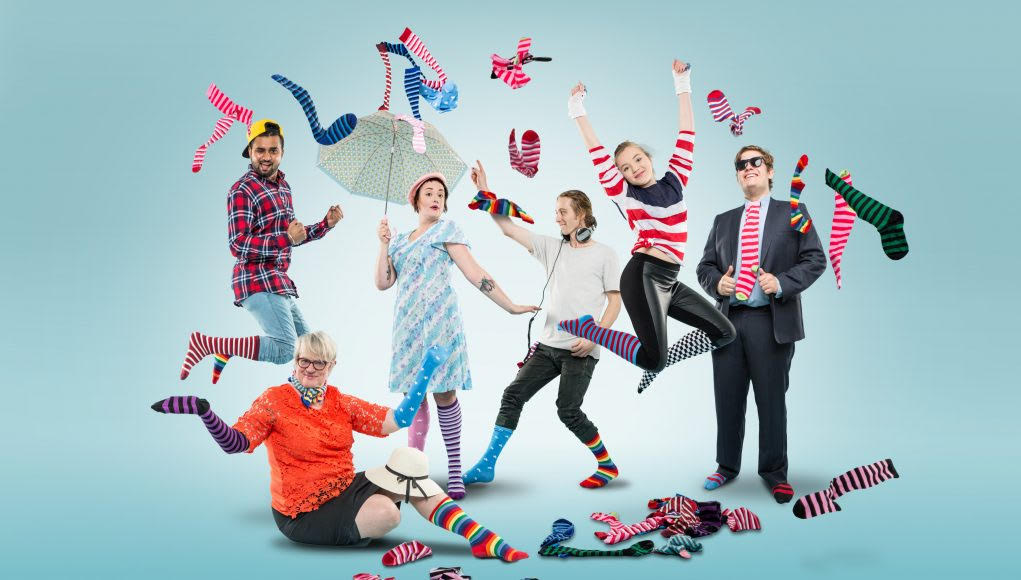 The Student Representative Council are raising awareness for people dealing with mental health in their daily lives.  Primary and secondary students are asked to wear odd socks to school (along with their school uniform) on Friday 13th October.

Primary SRC members have been researching what mental health is and have come up with the following points:

* Mental health includes our emotional/feelings, physical/body and social well-being.  It effects how we think, feel and act and this determines how we handle stress and what choices we make.

* We all know what it's like to be sad, angry, afraid or upset - everyone will experience a range of these feelings.

* Mental health is about wellness not illness.

We look forward to seeing all the odd socks in recognition of mental health.