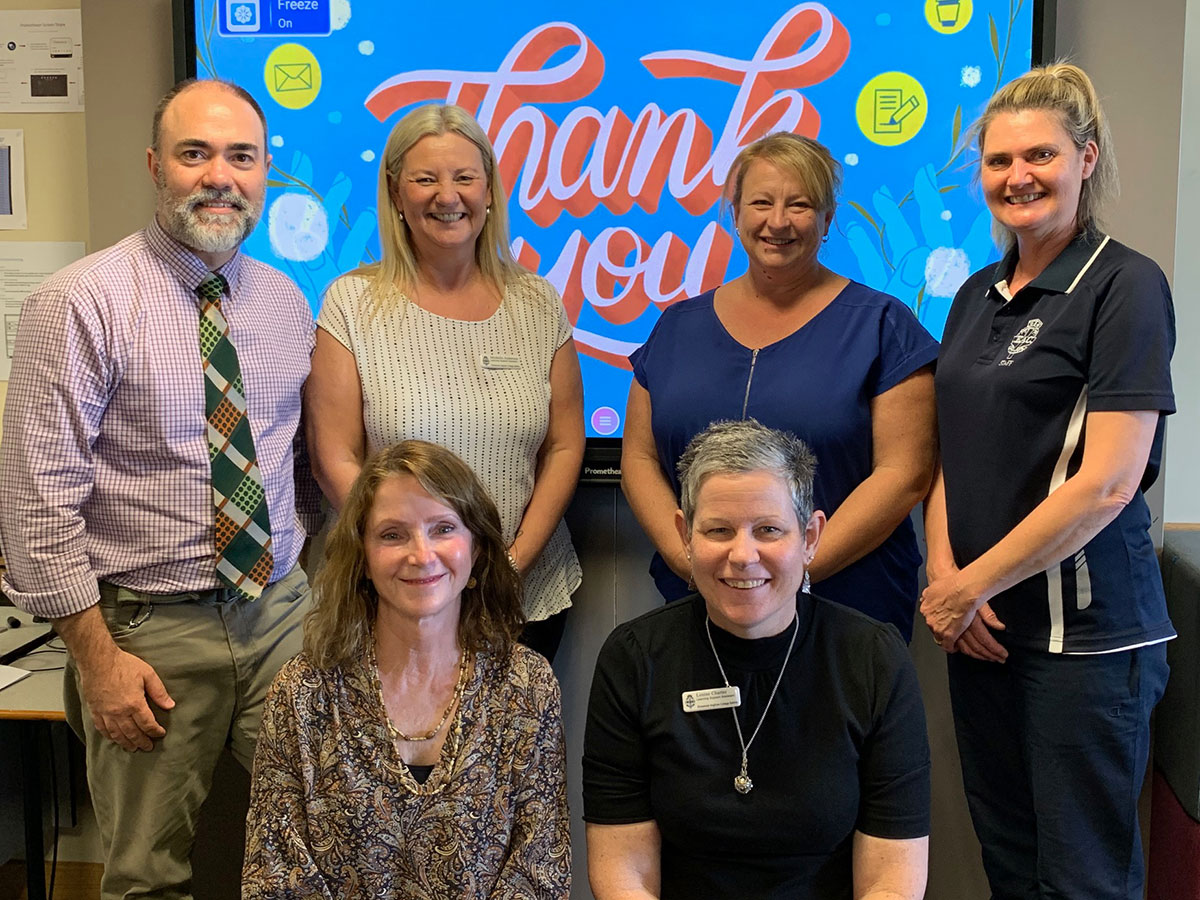 "Happy the peacemakers; they shall be called the sons and daughters of God."

This week is National Teacher Aide Awareness Week and I want to take this opportunity to acknowledge and thank our wonderful team of aides for the incredible work they do to support those students who have challenges with their learning.  Across the College we have six dedicated aides that work in our learning support team.  They work under the direction and advice of our Learning Support Teachers, Mrs Merilyn Mulé and Mr Tom Papworth, and in cooperation with the classroom teachers.  On any given day, collectively they will support up to as many as 80 students across the College.  This may include working to support students in class, running additional programs for small groups of students, or supporting students on a one to one basis in one of the Learning Support rooms.  The aides have a broad range of skills and are called upon to support students in a myriad of ways academically, socially and behaviourally.  For many students, their chances of success at school would be greatly diminished if it wasn't for the amazing work of our teacher aides.

The generosity, compassion, enthusiasm, flexibility and creativity of our learning support aides is a wonderful blessing to all in our College.  Their efforts are remarkable and they contribute enormously to the success of all learners.  If one of your children is supported by a teacher aide, please encourage them just to say thank you this week.  Our learning support aides are:

I ask all our families to continue to pray for our Year 12 students as they now turn their focus to the HSC written examinations, which commence in the week of 19 October 2020.  This has been a particularly challenging year for our senior students as they try to remain focused while managing the additional demands, pressures and disappointments that have come with the challenge of the pandemic. 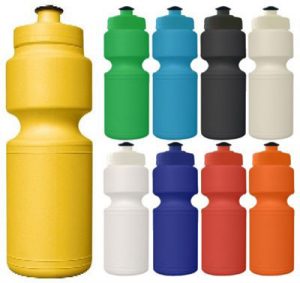 On a practical note, can I ask all our parents to ensure that their children have a refillable water bottle with them at school each day.  The current Coronavirus health practice does not allow students to drink from bubblers, rather the bubblers have become filling stations for drink bottles.

Our school has registered to take part in National eSmart Week.  eSmart is an initiative of the Alannah & Madeline Foundation and is all about building supportive and connected social environments, both on and offline.

This is our chance to shine and show all the wonderful work we have done as a school community this year.  At the start of the year, who would have thought that school would be in remote learning, and spending more time online than ever before?  Our school community has done an amazing job at adapting throughout this year.

This year's National eSmart Week theme is Connecting Safely.  The week from 6-12 September celebrates the work schools have done to connect safely.

On Wednesday 9 September, as part of National eSmart Week, The Alannah & Madeline Foundation is presenting a free webinar for parents and carers by renowned child psychologist Dr Michael Carr-Gregg, on building family resilience during coronavirus (COVID-19).

The first wave of the coronavirus turned our lives upside down and forced us to navigate a new and unwanted reality of remote learning, working from home and financial hardship.  The second wave has elicited even more anxiety, disruption and disappointment, in both young people and families.

This webinar seeks to give participants the skills, knowledge and strategies to manage family wellbeing and build resilience.

How to join this LIVE webinar

Please note that this event will be delivered live only and won't be recorded. Michael Carr-Gregg is one of Australia's highest profile adolescent and child psychologists.  He wrote his PhD at the University of NSW on Adolescents with Cancer and named and founded CanTeen more than 30 years ago, with a group of young cancer patients.  He has worked as an academic, researcher and political lobbyist.  He is also the author of 14 books and sits on the Board of the Australian Children's Television Foundation, and the National Centre Against Bullying.  He is the resident parenting expert on Channel 7's Sunrise, as well as a social commentator on the Morning Show with Neil Mitchell on Radio 3AW.  He is married with two sons and is a special Patron of the Hawthorn Football Club.

Finally, I would like to thank all the students who have made the effort to apply for a Secondary leadership position for 2021.  We have been inundated with an outstanding field of applicants for the 5 leadership roles, plus the 8 House Captain positions.  Shortlisting proved to be a challenging task and we are looking forward to interviewing the shortlisted candidates this week.  Following this, we will shortlist again and take a final set of candidates forward to the voting process, where students will address their peers and then voting will take place.  Mr Tobias will give final approval for the successful candidates by the end of this term.

Primary Assembly - 9.08am - Recorded on Screencast and sent to Primary Class Teachers

Secondary Chapel - 8.48am - Recorded on Screencast and sent to PC Teachers

Secondary Chapel - 8.48am - Recorded on Screencast and sent to PC Teachers

Primary Chapel - Recorded on Screencast and sent to Primary Class Teachers - 9.08am

Secondary Assembly - Recorded on Screencast and sent to Secondary PC Teachers - 9.08am

We would like to take this opportunity to acknowledge the important role of our teacher aides.

In Secondary, Wendy, Louise and Joe; and in Primary, Loretta, Michelle and Tina.  Their hard work and dedication make a difference to our students, teachers and the school community.

We would like to give our thanks and show our appreciation for all they do each and every day. 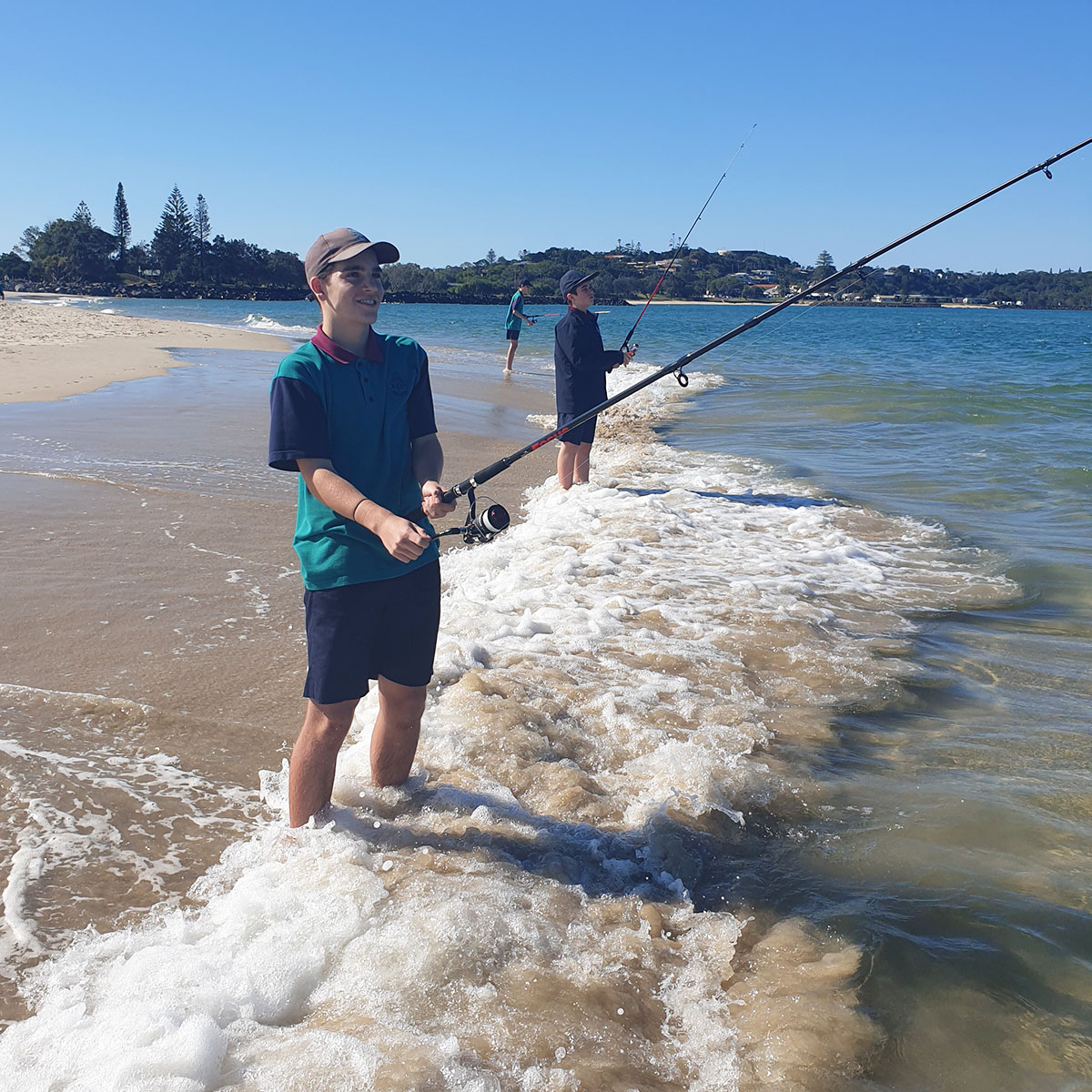 Our Secondary students have been enjoying a range of recreation sports this term.  Fishing at the beautiful riverside beach in Ballina has been one of the most popular activities.  Flathead and bream have been regularly caught and released.  The students are very fortunate to have our expert fisher Mr Pryor supervising them for this activity. 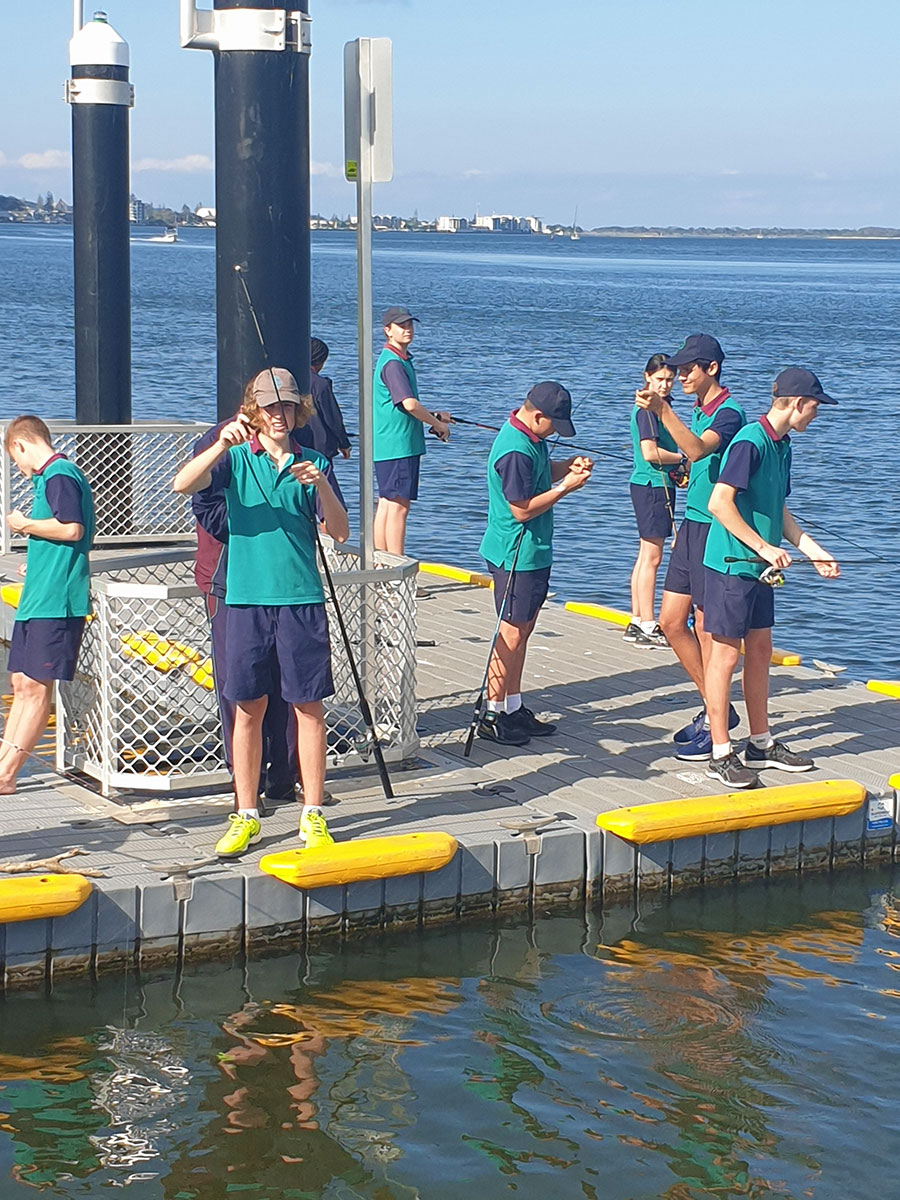 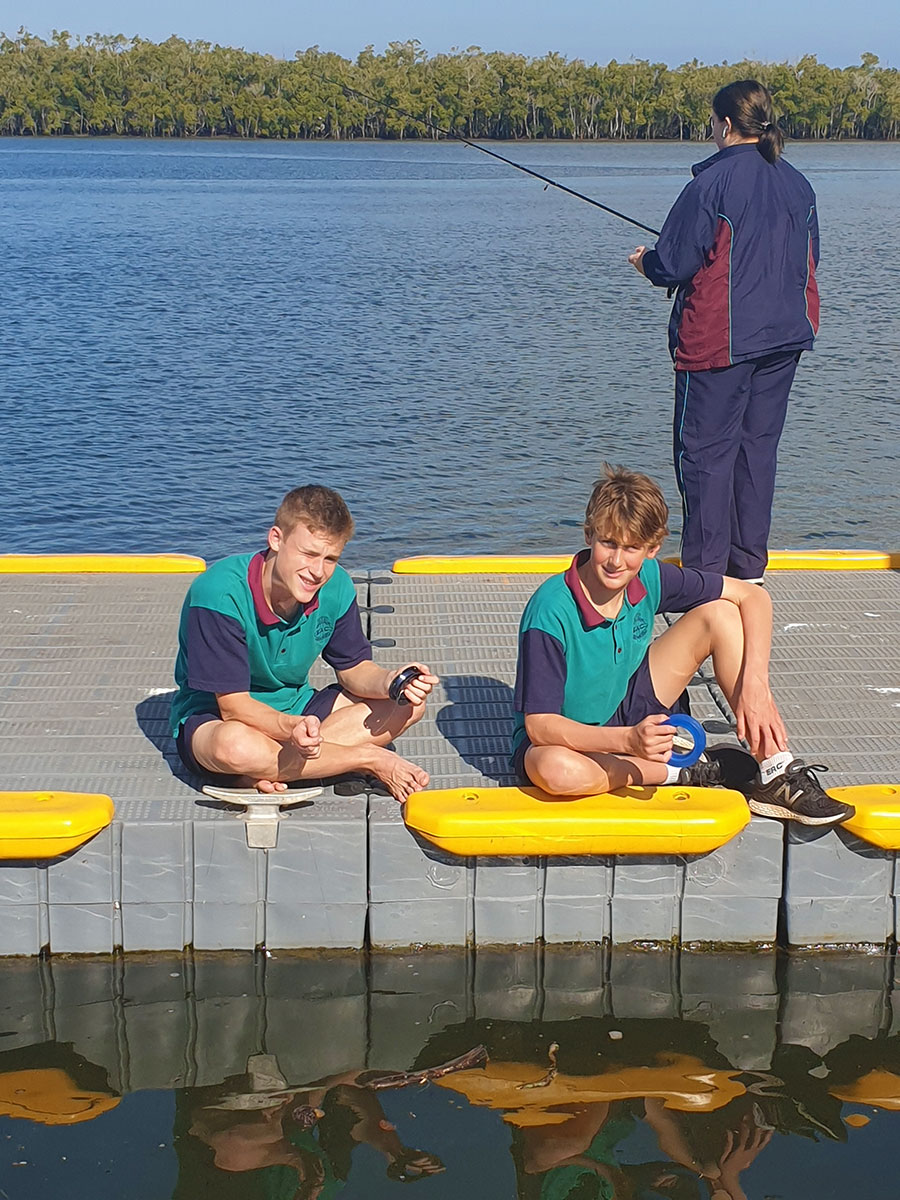 Last week, Stage 1 primary students learnt about the sport of Frisbee throwing.  Following practice in the skill of throwing and catching a frisbee, the students played a fun round of frisbee golf!  There were even a number of 'birdies' and 'hole in one' shots from the more technically proficient frisbee throwing students. 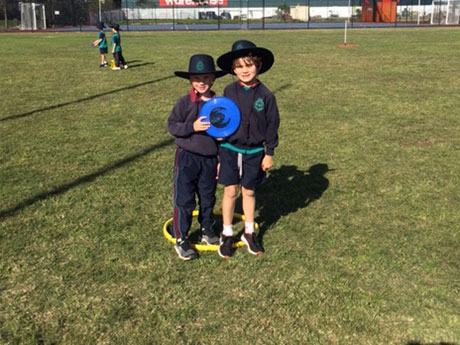 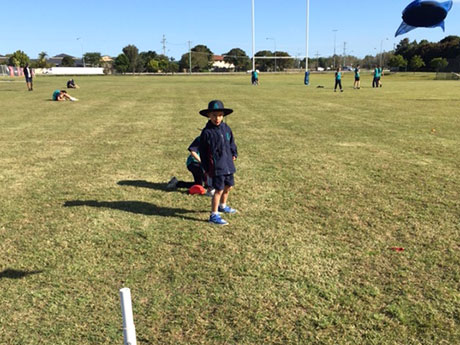 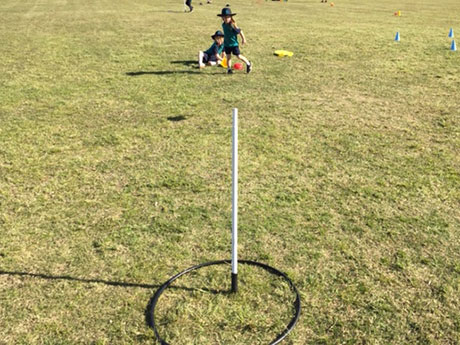 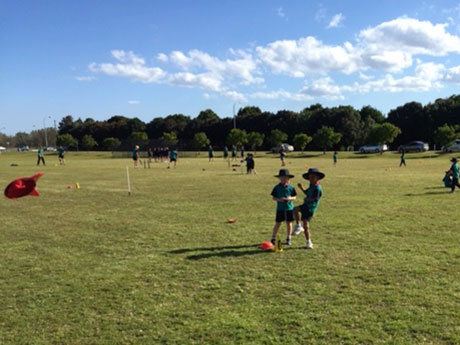 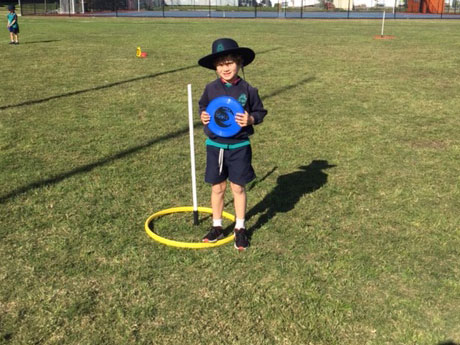 A 2017 eSafety survey found that 9 out of 10 young people aged 14 to 17 thought that sexting happened among their peers as a courtship behaviour.  The survey also found that 1 in 3 said they had actually experienced sexting in some way - whether sending, receiving, asking, being asked, sharing or showing nude or nearly nude pictures.

Sexting refers to using a mobile phone or the internet to take, ask for, receive, send or share intimate photos or video, indulging where someone is naked, partly naked, posing sexually or doing a sexual act.  Sexting may be a crime if it involves people under 18, even if they consented.  This is because the sexts may be considered to be child abuse material.

There are two sets of laws that can apply to sexting: NSW and National law.

(1) Under NSW, it is illegal to make, share, ask for or have material that could be considered child abuse material.  A child is considered to be anyone under the age of 16, or someone that appears to be under 16 due to circumstances.

(2) Under Australian National law, it is illegal to make, share, ask or have material that could be considered child abuse material.  A child under the National law includes anyone under the age of 18, or someone that appears to be under 18 due to the circumstances.

Sharing intimate images can lead to long term consequences.  It can result in humiliation, guilt, shame, anger and self-blame, which can lead to ongoing emotional distress, withdrawal from school and family life, as well as bullying and harassment.  Although the young person may see the sharing of images as a bit of fun or innocent flirting, it can go wrong, as the child loses control of the image.  Images can be copied and saved by others, shared with people that the sender does not know and posted on social media and public websites. 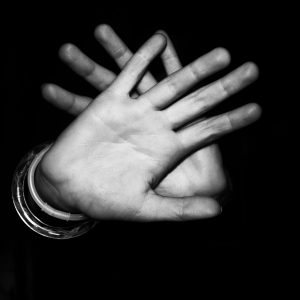 As parents and educators, it is important that we try and minimise the risks to the child by talking early and often about difficult topics like this.  Starting with a real-life story from the media or community is a great way to start this conversation and to then talk about the long term impact of sexting.  It is important that young people do not feel pressured to share an image of themselves or someone else.  Let them know that it is OK to say 'no'.

Helping your child understand the importance of consent, personal boundaries and respect for others, as well as the legal issues, is important.  The office of eSafety provide a range of videos to support parents and their children as they navigate this issue with a suggestion of sending pictures of noodles instead of nudes.

Within the school pastoral care program there is a focus on respectful relationships.  This term the Police Liaison Officer also spoke with Year 10 students about this issue and the law.

If young people have been impacted by this issue, access to counselling services from Kids Helpline and eheadspace is available, as well as the opportunity to talk with the School Counsellor.  Free and confidential legal advice is also available from Youth Law Australia.

We are developing skills and knowledge around our shared understanding of numbers.  We know how old we are, we know there are numbers on letter boxes and houses and there are phone numbers too.  There are numbers at the shops and (000) is the emergency number.  We have number puzzles, building blocks, tracing cards, dice, board games, songs and stories that support us to build capacity in young children.  We are all learning different things at different times, so we help each other when we can.  Some children in the Early Learning Centre are competent at counting numbers 'all the way up to the hundreds', whilst others are confident in number recognition.  We clap the syllables in our names and we count the steps to the bathroom.  We, the Educators, recognise mathematical understandings that children bring to learning and build on these in ways that are relevant to each child. 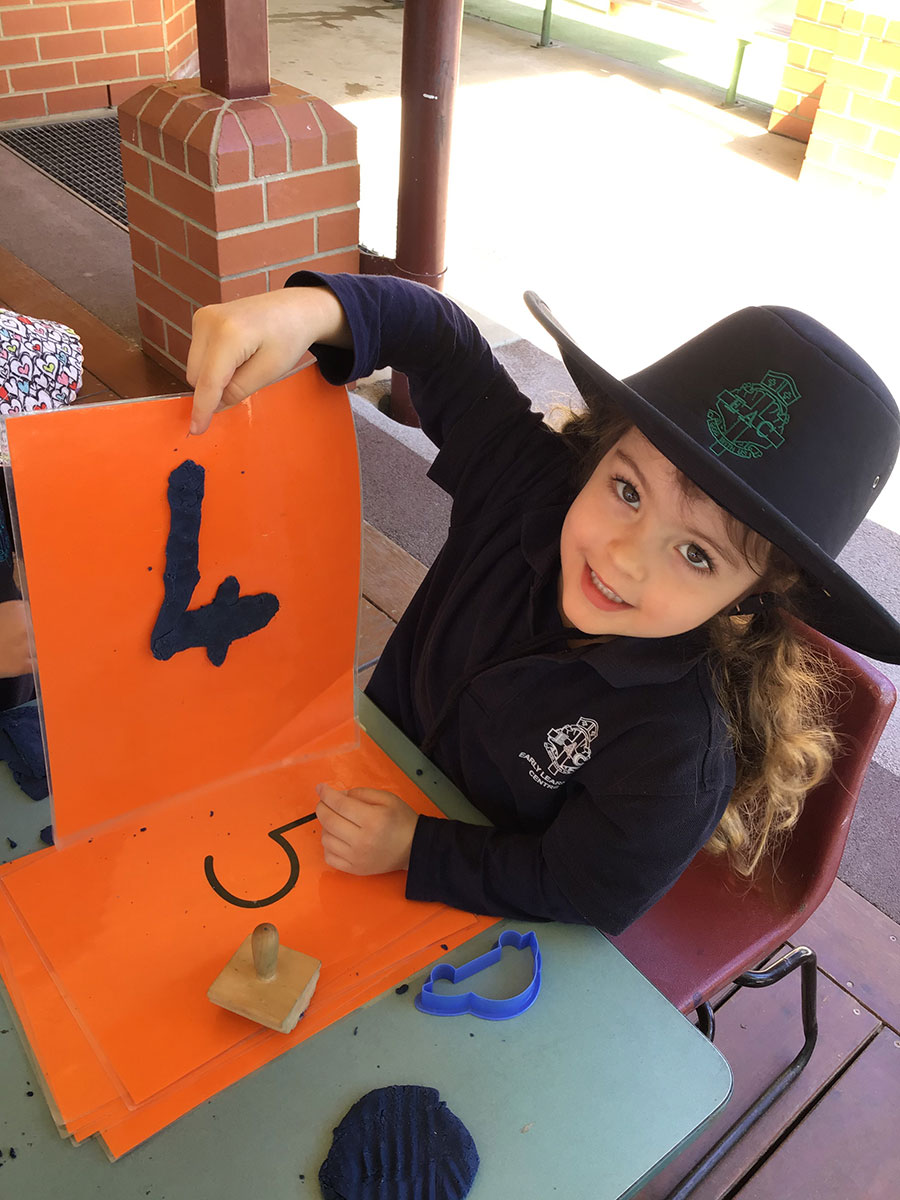 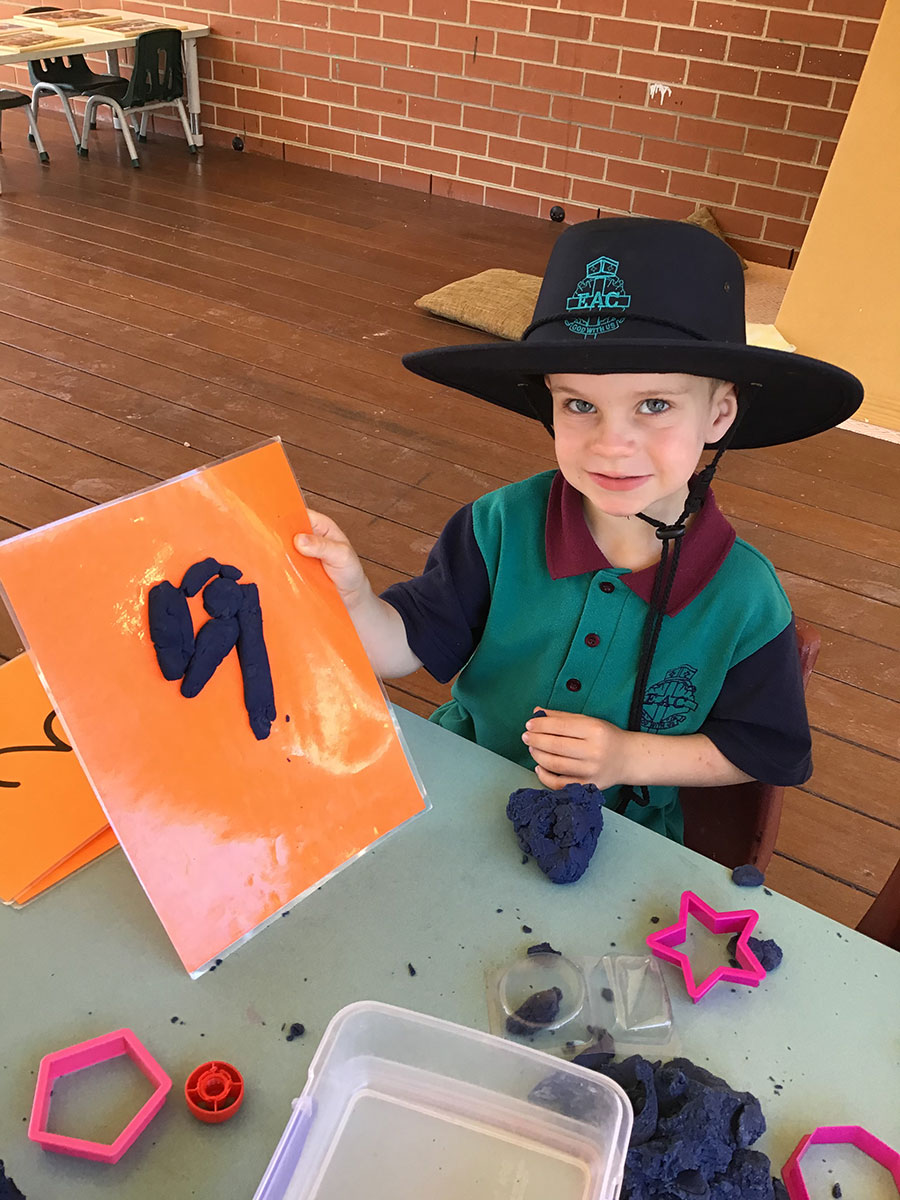 The Ballina Branch of the Country Women's Association of NSW awards Education Grants of $500 (primary student) and $1,000 (secondary student) each year in the Ballina area.

See below for further information regarding the grants and an application form. The Canteen menu for Term 3 is below for your information and is also available on the College website.

Please note: burgers are not available at the moment.

All orders must be received at the canteen before 9.30am.

Please place the money in a paper bag of sufficient size to fit all of the lunch items.

If you are ordering a drink with your lunch please provide two (2) bags.   Please write the information on the LOWER half of the bag. If money is short we will substitute items to the value received.

REMEMBER, if ordering RECESS, you must have a separate recess bag.

Any change required will be placed in the bag for return with the lunch order.