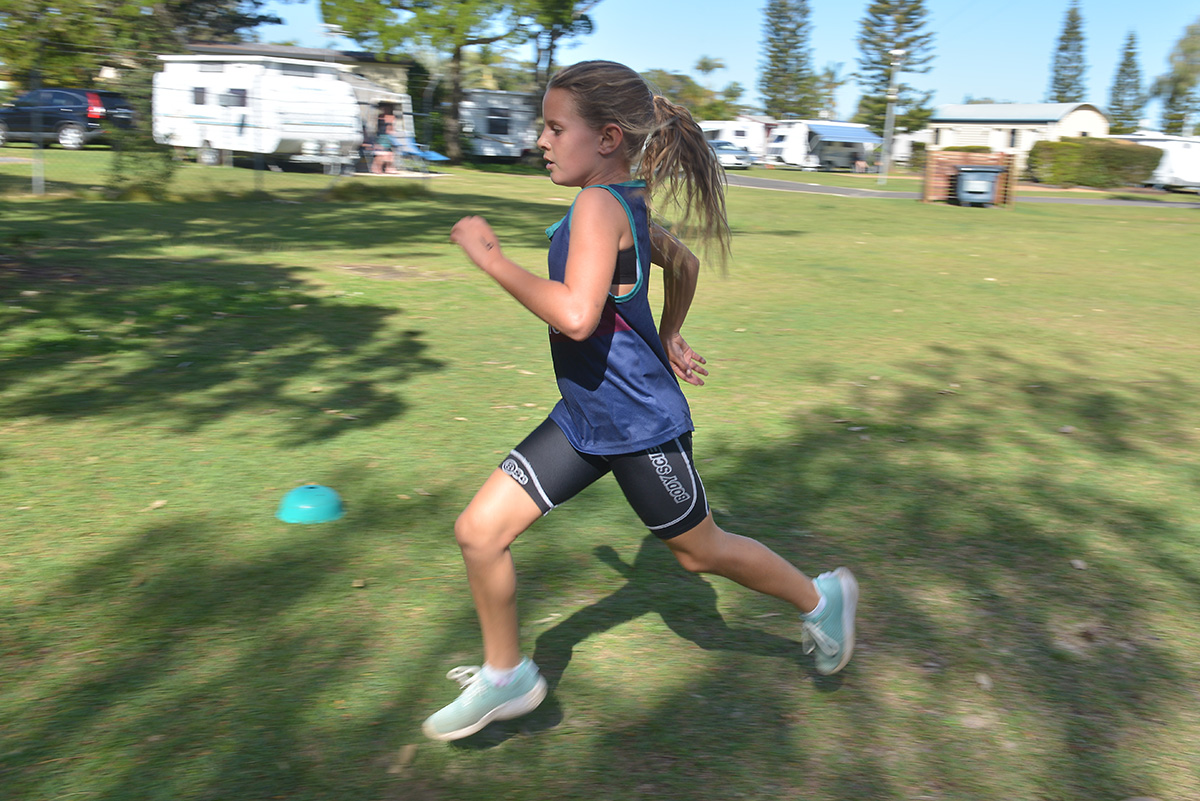 What a wonderfully productive week it has been! Firstly, I would like to congratulate the Secondary Student Representative Council members for their efforts in driving the anti bullying poster competition conducted during PC classes in the Secondary. We had huge levels of engagement from the students with some wonderfully designed posters, full of eye catching and persuasive slogans, judicious use of colour, design and emotive language. Most importantly there were many conversations about bullying during the production of the posters. It will be a difficult job for the Year 12 SRC leaders in judging the winner which will be announced at Secondary assembly next Tuesday. 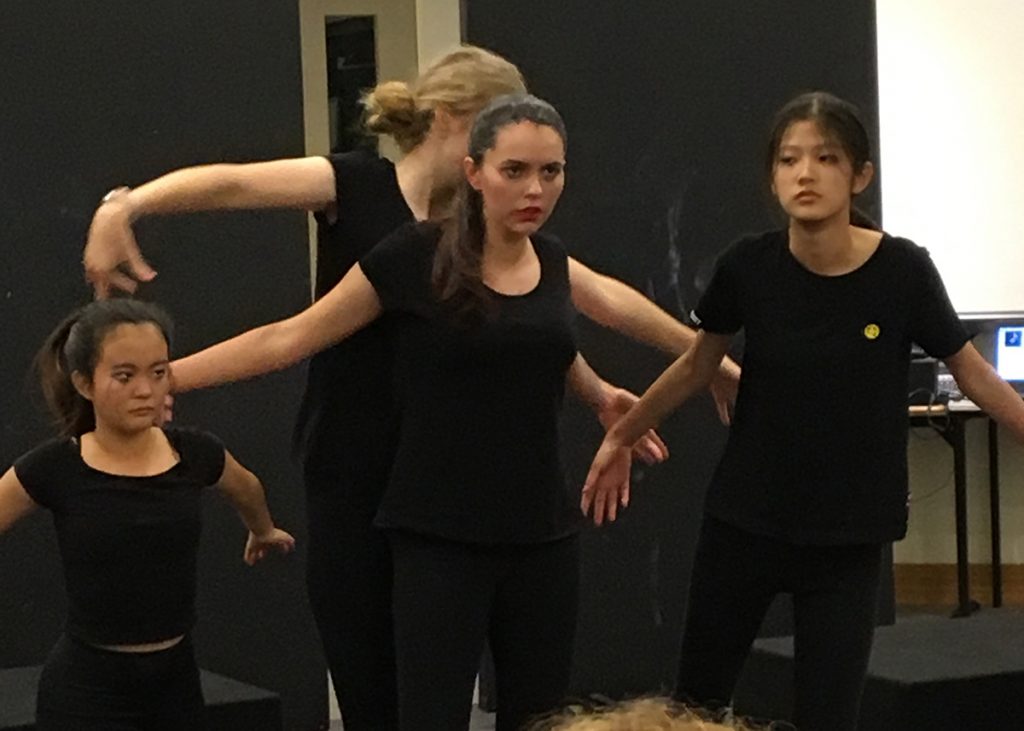 Last Friday our Year 7 and students were privileged to view ‘Verbal Combat’ a dramatic presentation about bullying and its effects from Brainstorm Productions. This was a thought provoking presentation and our students were excellent ambassadors for the College throughout.

On Thursday night we held our inaugural Shakespeare Carnival in the Ezzy Centre. Thank you Ms Brown and all the staff that assisted in making this event come to life. There were some exceptional interpretations of the Bard’s greatest works. A variety of media were used including short film, dance and movement and dramatic performance. The judging panel has a difficult job deciding who will represent EAC at the next level of the competition.

Our sporting efforts and performances continue to grow substantially and are a testimony to the work of coaches and students alike. Mr Walker will write in detail regarding NCIS Cross Country but I congratulate all team members on a stellar result at East Ballina last Friday.

This coming weekend sees many of our students from Years 9-11 heading off on their Bronze and Silver practice journeys for the Duke of Edinburgh Award. The benefits of DOE are numerous and I take the liberty of writing about them below:

OPEN TO EVERYONE
Any young person aged 14-24 can do The Award, no matter their gender, cultural background, religious or political affiliation or physical ability. An Award is gained through individual improvement and achievement, which means that disadvantaged young people and those with special needs are able to participate fully!

GREAT FOR APPLICATIONS
Having your Duke of Edinburgh Award looks great on post-secondary applications, scholarships, CVs and resumes. Whether applying for post-secondary or about to enter the work force, The Award shows commitment and achievement, as well as dedication to a variety of activities. It also gives young people an opportunity to talk about themselves and their passions outside of their formal education.​

IT'S A PROCESS, NOT A PRIZE
The Duke of Edinburgh Award is a process of personal and social development; the activities which make up the Award are a means to this end. Young people learn from the new experiences they have and discover hidden capabilities and have fun in the process along the way.

Risk takers seem to have an almost uncontrollable urge to go beyond established limits. They are uneasy about comfort; they live on the edge of their competence. They seem compelled to place themselves in situations in which they do not know what the outcome will be. They accept confusion, uncertainty, and the higher risks of failure as part of the normal process, and they learn to view setbacks as interesting, challenging, and growth producing. However, responsible risk takers do not behave impulsively. Their risks are educated. They draw on past knowledge, are thoughtful about consequences, and have a well-trained sense of what is appropriate. They know that all risks are not worth taking.

Risk takers can be considered in two categories: those who see the risk as a venture and those who see it as adventure. The venture part of risk taking might be described in terms of what a venture capitalist does. When a person is approached to take the risk of investing in a new business, she will look at the markets, see how well organized the ideas are, and study the economic projections. If she finally decides to take the risk, it is a well-considered one.

We hope that students will learn how to take intellectual as well as physical risks. Students who are capable of being different, going against the grain of common thinking, and thinking of new ideas (testing them with peers and teachers) are more likely to be successful in an age of innovation and uncertainty.(Costa, 2007) 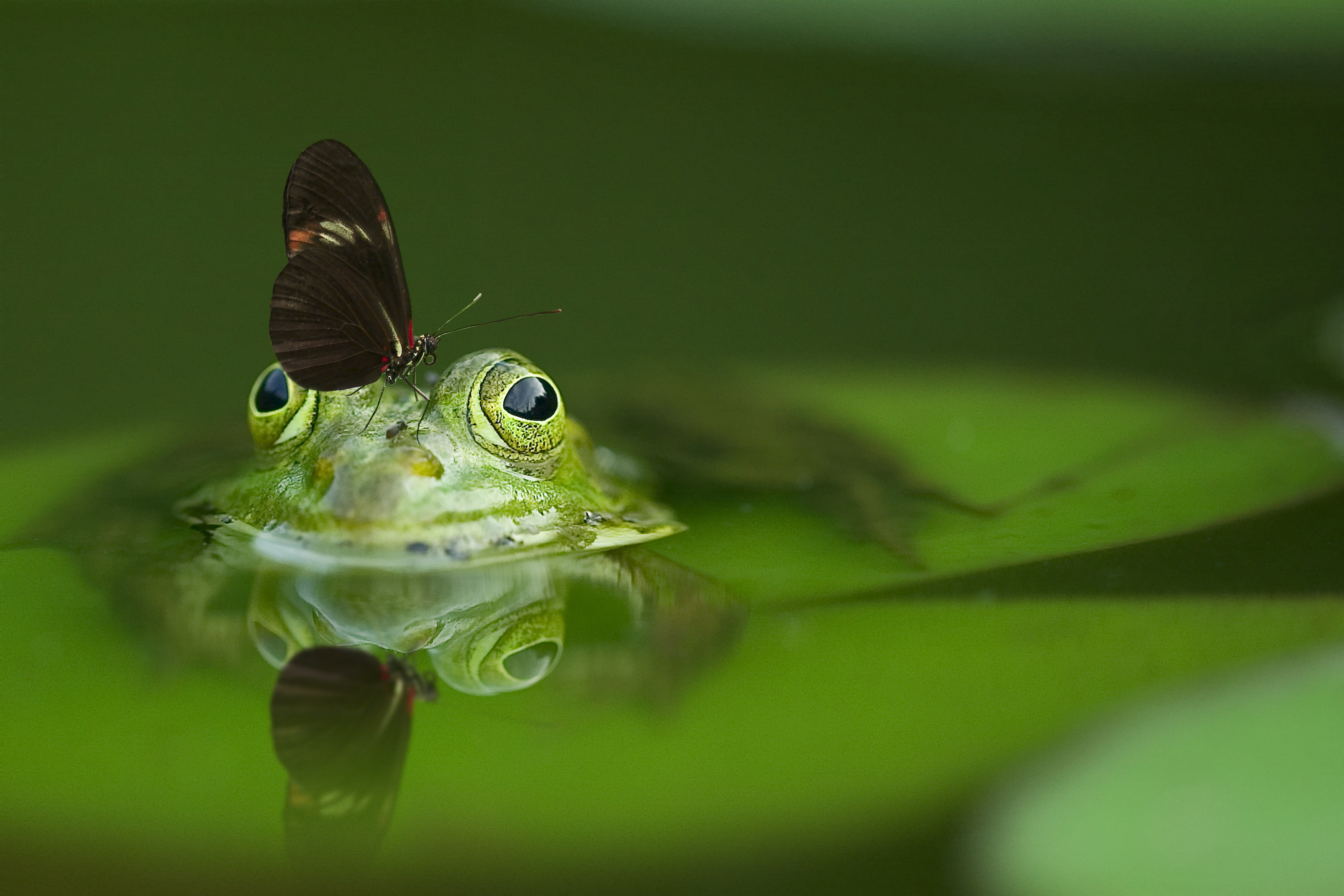 We are concerned about young students running around the campus unsupervised whilst their parents are present.  I ask parents to actively supervise their children if they are on campus after hours and not involved in a College organised event.  Your cooperation is necessary for the safety of all students.

EAC had a great day last Friday at the NCIS Cross Country championships, gaining a top 3 place in all point score categories.

We won the Primary and Secondary Percentage Shield, which is our team's performance relative to the size of each school.

An amazing 39 students are now eligible to attend the NSW CIS Cross Country in Sydney.

EAC was the host of this event so I would like to say a huge thank you to our team of staff Mr Kelly, Mrs Mule, Mrs Schouten, Mrs Miller, Mrs Raguse, Mr Pryor, Mrs Campbell, Mr Jukes and Miss Guest for their work on the day. Thank you to many of those same teachers who trained the team in the lead up to the event. The students' results are a reflection of your efforts. Thank you also to our College maintenance team who worked hard all day to help the event run smoothly. Finally, thank you to the Friends of EAC who ran a fantastic BBQ and kiosk on the day. This was appreciated by all the visiting schools. 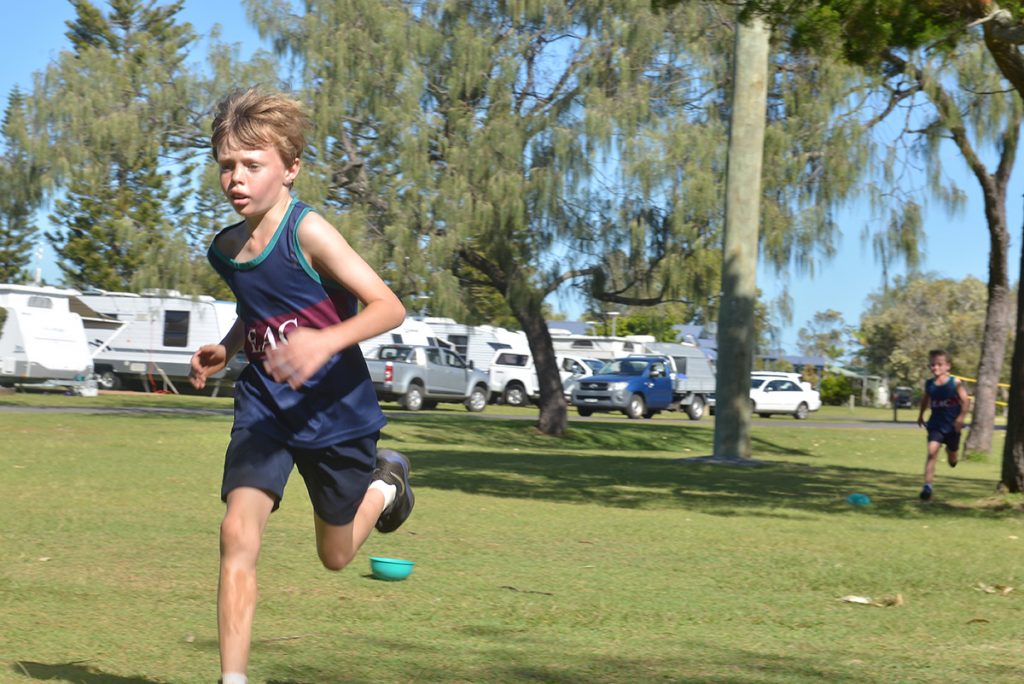 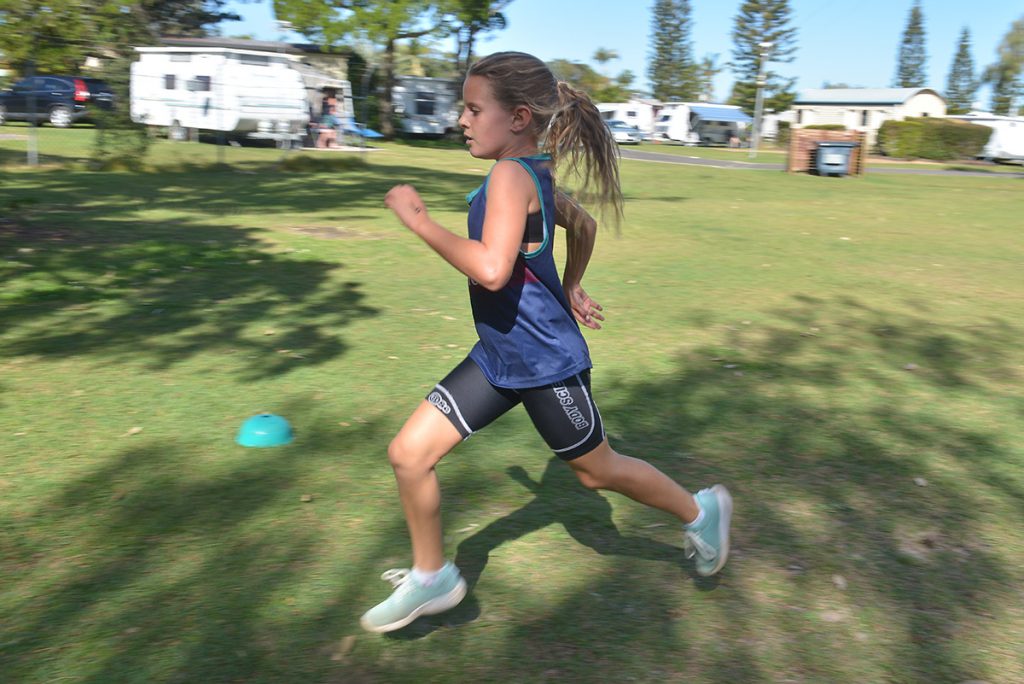 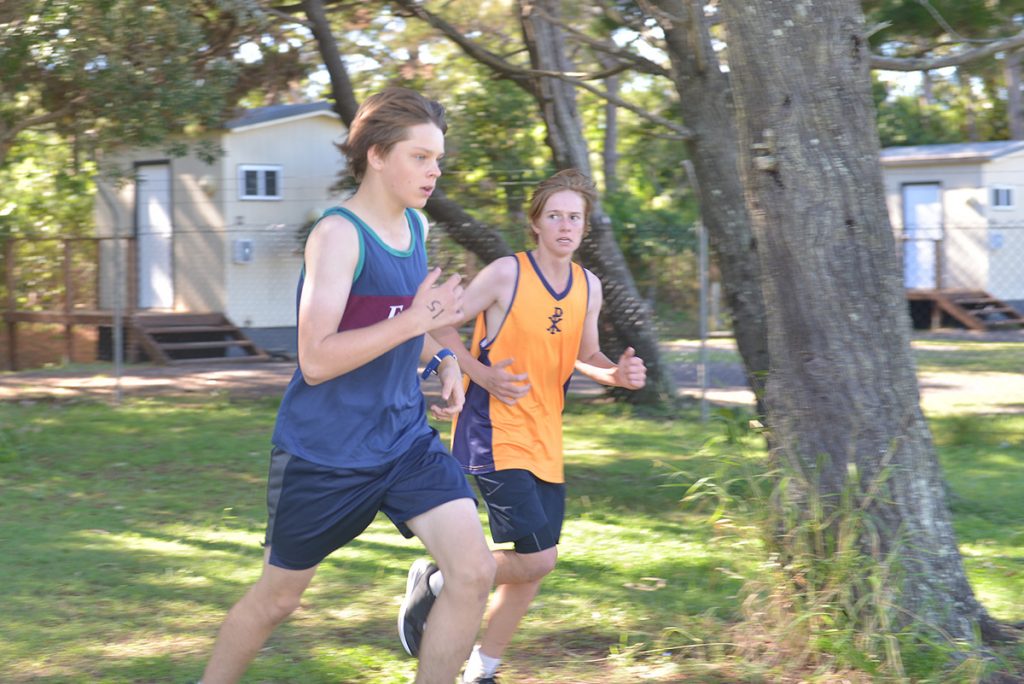 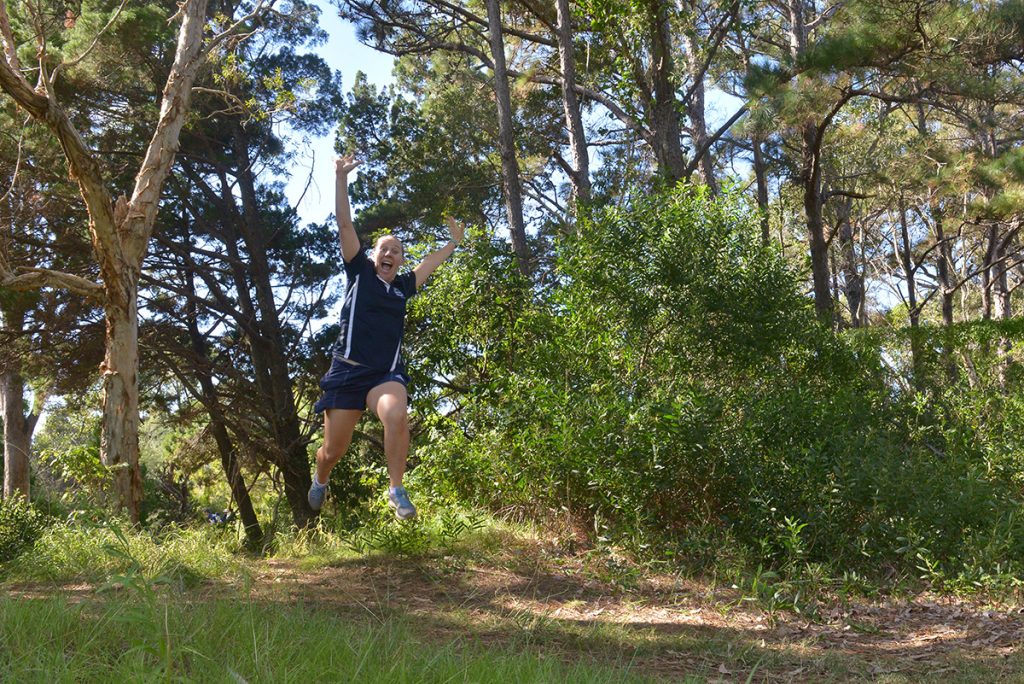 Congratulations to the following students who placed in the top 3.

Congratulations to the following students who are eligible to attend the NSW CIS Cross Country in Sydney. 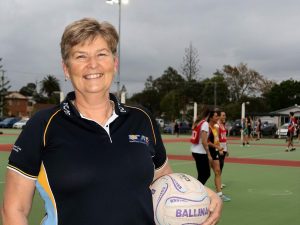 I am pleased to announce that we have secured the services of Mrs Elizabeth Shaw to oversee our Netball Coaching Program. Mrs Shaw has been involved in netball for over 40 years playing, umpiring and coaching. Mrs Shaw is one of the leading coaches in our region and is the current North Coast Academy of Sport Netball Coach. Mrs Shaw has worked with all levels of Netball from beginners to elite players over her career.

Mrs Shaw will work with our current team of teaching staff to operate the NCIS netball program. The NCIS Netball program will commence with trials in the week beginning Monday 11 June. I am sure our students and staff will benefit greatly from having a coach of Mrs Shaw's calibre leading them.

Athletics Training Has Started, Come Along, Get Fit and Have Fun

An enthusiastic group of students came to our first athletics training session for the season on Monday morning. The program is open to Year 2 to Year 12 students to help prepare for the College Athletics Championships later this term, then the Representative team to prepare for NCIS and CIS Athletics. Training sessions are on Monday and Friday 7.30am to 8.30am for Sprints and Field Events. Tuesday 3.10pm to 4.10pm for Middle Distance, Distance and Cross Country. 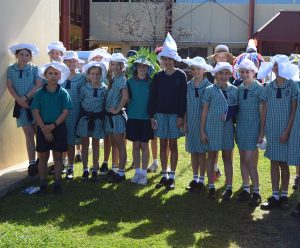 On Friday May 18, we had a guest speaker, Dr Keir (Alexander Keir’s dad - who is a skin cancer doctor), who came and spoke to the students about sun protection, for Skin Cancer Awareness Month. This talk was for Years 2-6 and the students learnt some valuable reasons why and how they need to protect their skin from the harmful UV rays. Kindergarten and Year 1 discussed sun safety in class.

SRC students worked together to come up with the great idea for students showing their awareness of sun safety by making hats that would protect them from the harmful UV rays. Then students from different K-6 classes wore these hats at recess to promote sun safety.

We thank the SRC for coming up with this great awareness campaign. 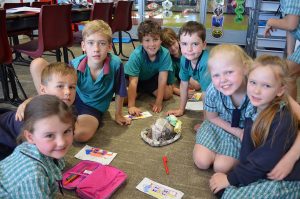 Year 6 have enjoyed leading their first 2 weeks of Peer Support. As leaders, the Year 6 students take on the role of mentoring younger students across the Primary School and through a variety of activities, they work on developing friendship and resilience skills.

Well done Year 6 for being well organised and keeping your groups highly engaged. Thankyou to all students for supporting your great leaders!

Competition Coordinator, Bernard Fitzpatrick, said that the Competition gave teachers an opportunity to highlight geography in their schools and challenge their students. “With current international affairs, geography is a vital subject that all young people should study. Understanding place and people, and the socio-economic and environmental interactions at local, regional, national and international scales is important to the economic and environmental future of Australia,” said Mr Fitzpatrick.

The competition, linked closely to the Australian Curriculum, will allow teachers to identify areas of strength and weakness of our students.

National Simultaneous Storytime (NSS) is held annually by the Australian Library and Information Association (ALIA). Every year a picture book, written and illustrated by an Australian author and illustrator, is read simultaneously in libraries, schools, pre-schools, childcare centres, family homes, bookshops and many other places around the country. The event is in its 18th year and aims to promote the value of reading and literacy. Last year, 686,324 people participated in National Simultaneous Storytime at over 6,129 locations across Australia.

The Early Learning Centre participated today at 11.00am as we read Hickory Dickory Dash written by Tony Wilson and illustrated by Laura Wood. 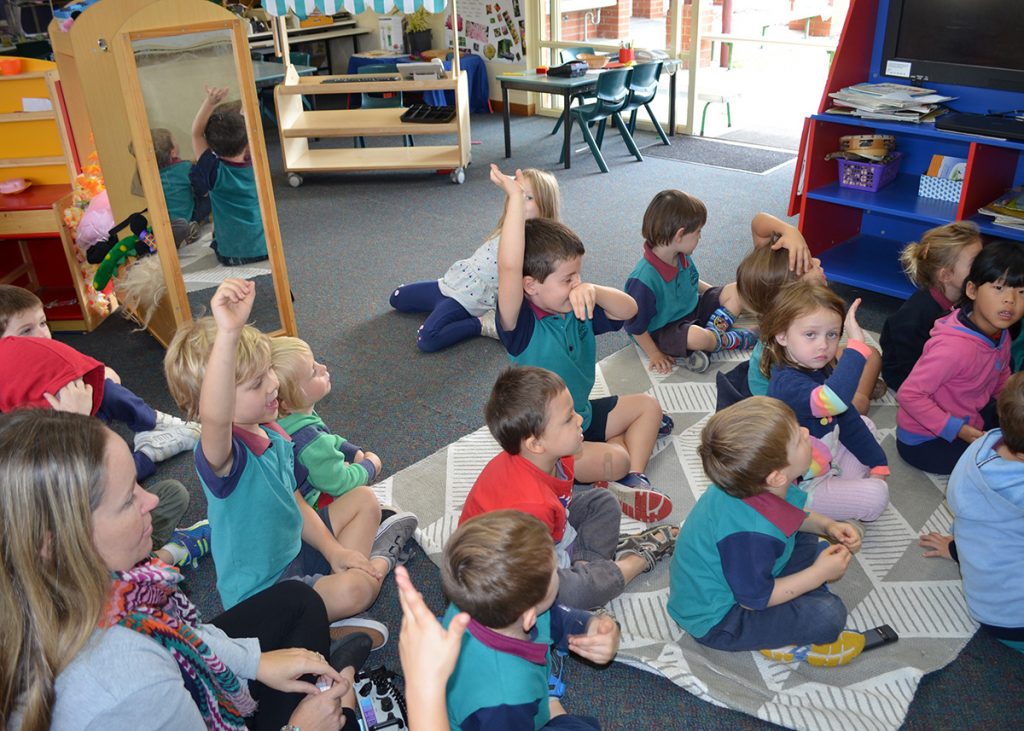 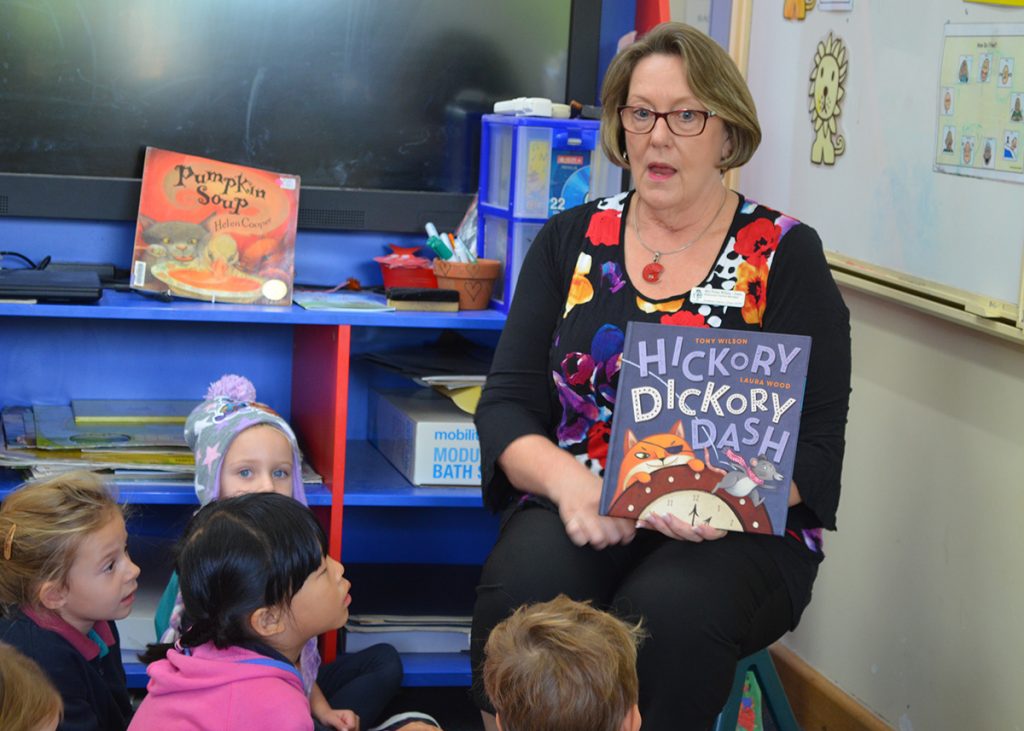 Year 12 Leaders and the SRC will be holding a morning tea for Cancer Council’s ‘Australia’s Biggest Morning Tea’ for students.

The morning tea will be held at recess on 31  May in the Ezzy Centre, kindly catered by the Year 12 hospitality class. Each year the Cancer Council offers the opportunity to host ‘Australia’s Biggest Morning Tea’ where all profits go back to Cancer Council. The Cancer Council offers support services for people living with cancer, family and carers, cancer research and prevention. Students are encouraged to bring some money for cakes, tea, and games. Cake prices will range from $2.50 to $4. Students will also be allowed to wear a yellow or blue accessory to school with a gold coin donation to raise awareness for Cancer Council. Noodle Box from “Noodle Box” at Ballina Fair, will be available from the canteen next Tuesday, 29 May.  If you would like to order Noodle Box for your child’s lunch next Tuesday please complete the order form then attach your order to a paper bag with your payment enclosed. This should then be put in the canteen basket on Monday morning, 28 May . Order forms will be sent home but are also available at the canteen, office or online.