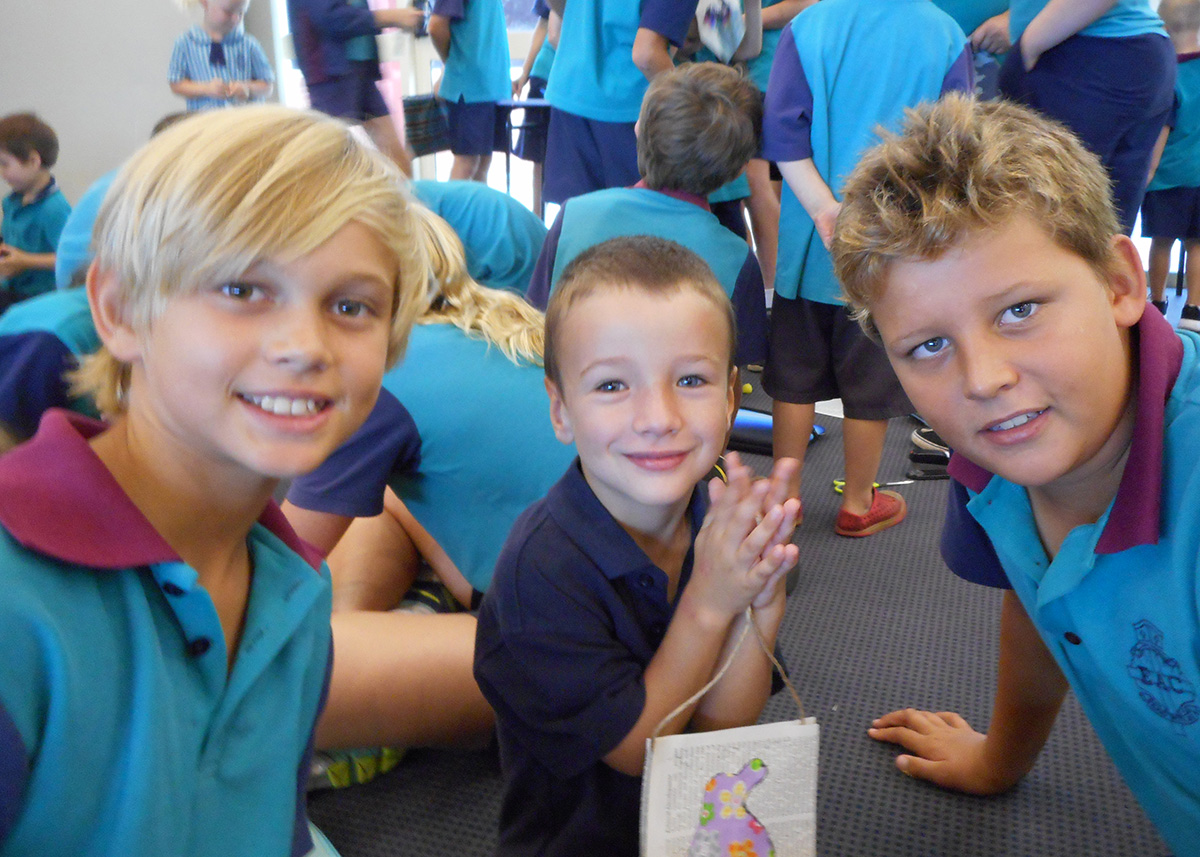 Happy Easter and many blessings for this very sacred time in our Christian faith. I hope you found the extended weekend relaxing and enjoyable.

I am delighted to formally announce that Bennett Construction have been awarded the building contract to complete Stage 2 of the Primary Classroom Project. This follows a rigorous tender process which was coordinated by Raunik Architects and overseen by the College Council Building Committee. We have met with representatives from Bennett Construction to formally notify them of their success in the Tender process and set plans in motion to commence construction.

Work will commence during the term break with the building area being fenced off, site sheds and amenities established and major earth works underway. As with any building project, there will be some minor changes to some routines but we do not anticipate any significant impact on students learning. The site for the building is on the most northern boundary of the College and access to the site will be via the service road behind the Discovery Centre. Fences will be put in place around the playground areas but will not impact on where students play.

Unfortunately, the overflow carpark at the northern end of the College will be closed as part of the project involves the construction of a drop off/pick up zone, an upgrade of the carpark and the addition of a pedestrian island to make crossing of Horizon Drive safer. I ask for your patience in advance of this change to the routine and remind all our families about the need to be alert, obey the signage and always place the highest value on student welfare. If you need to park a little further away or wait a little longer to access the drop off zone I ask you to do so with the thought in mind that being patient helps keep everyone safe.

While there will be some temporary changes to the routine the longer term blessing for our patience will be a fantastic new facility that will house 6 primary classes, covered walk ways to connect all the buildings in the College and a purpose built drop off/pick up zone to ease congestion and improve safety for all. The project will be complete and open in early Term 4.

As part of our 20th year celebrations we are going to hold a celebration dinner on Saturday 30 June, 2018 at the Ballina RSL. It will be a fabulous evening of fine food, great company, music, dancing and fun! Please pencil the date on your family calendar. More information about the event, including how to purchase tickets, will be available early in Term 2.

Next Wednesday, 11 April, we will host Parent and Teacher meetings for Year 1 through to Year 12. This is an opportunity for families to touch base with class and subject teachers about how the year has begun for each student. I particularly encourage families who are new to the College to take advantage of this opportunity. Bookings can be made online via the Parent Lounge. If you are unsure of how to access the Parent Lounge do not hesitate to contact the office. Year 12 will receive their Mid Course Reports and formal feedback at this critical point in their final year of study on the same day. 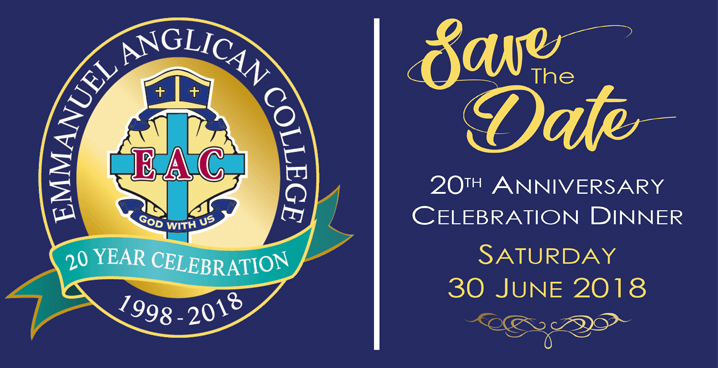 I hope that all of our families have had the opportunity to refresh, recharge and renew over the Easter long weekend. The last 2 weeks of term promise to be very busy as we move towards the autumn break. One of the great things about EAC is its sense of community. As part of this sense of community we like to give back to others. Our Student Representative Council has been very busy giving back to others as they have made decisions about donating to some worthy causes. We have donated to the Anglican Board of Missions Good Friday Appeal as well as Act for Peace. Our third donation was to Five Loaves Soup Kitchen here in our local area. Well done to the SRC on its efforts in supporting others not as fortunate as us. The SRC is now busily planning the Secondary Social which is calendared for Thursday 10 May. It promises to be a great night. The SRC is also planning an anti-bullying activity within Secondary PC lesson on 15 May and I really appreciate the efforts and ideas of all the students involved. The Primary SRC members have also been very busy with organising an interhouse basketball competition and I thank the students and staff for their work with this activity.

Very shortly our community again gets the opportunity to fundraise for a worthy cause when we participate in Relay for Life. Relay for Life will be held on Saturday 5 and concludes early on Sunday 6 May. Relay for Life is a worthy cause to support as almost all of us has either experienced cancer first hand or will experience it through a family or friend. The organisers of Relay for Life have created a great family event and I invite members of the College community to donate to our relay team as they attempt to run /walk through the night.

This week I have been conducting classroom visits in the Secondary. I watched Mr McDonnell’s Year 12 Ancient History lesson where the students were receiving feedback regarding their Mid-Course Exam and exploring the legacy of the Egyptian pharaoh Akhenaten. Mr Jukes’ Year 10 Science class was testing trolleys on an incline to gain an understanding of the concepts of acceleration, terminal velocity, force, incline and were using multiple habits of mind. On Thursday, I visited Mrs Payne’s Year 9 Science class where the students were studying elements of health in the Biology strand. They were using the habits of working interdependently and thinking flexibly to create a short video about one aspect of health. Whilst not a Secondary class I then managed to join in with Mr Pryor’s Year 3 tennis skills lesson where the students were developing persistence and striving for accuracy. 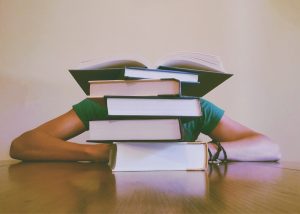 This week’s Habit of Mind is applying past knowledge to new situations. This means quite simply to use what you learn. Accessing prior knowledge; transferring knowledge beyond the situation in which it was learned.

Intelligent humans learn from experience. When confronted with a new and perplexing problem, they will draw forth experiences from their past. They often can be heard to say, "This reminds me of …" or "This is just like the time when I …" They explain what they are doing now with analogies about or references to their experiences. They call upon their store of knowledge and experience as sources of data to support, theories to explain, or processes to solve each new challenge. They are able to abstract meaning from one experience, carry it forth, and apply it in a novel situation.

Too often, students begin each new task as if it were being approached for the first time. Teachers are dismayed when they invite students to recall how they solved a similar problem previously—and students don't remember. It's as if they had never heard of it before, even though they recently worked with the same type of problem!  Their learning is so encapsulated that they seem unable to draw it forth from one event and apply it in another context. (Costa, 2006)

Next week is our final week of Term 1 and I encourage our students to have a strong finish to the term. I particularly encourage them to take the opportunity to give their best effort in running the cross country on the last day and giving their best effort for their respective houses.

Students receive tokens for demonstrating our College values on the playground and in the classroom.  Tokens are placed in our Values Barrel and three names are drawn out, acknowledging and rewarding positive behaviour on the playground.

This fortnights three deserving winners are:  Ben, Edith and Lucas. 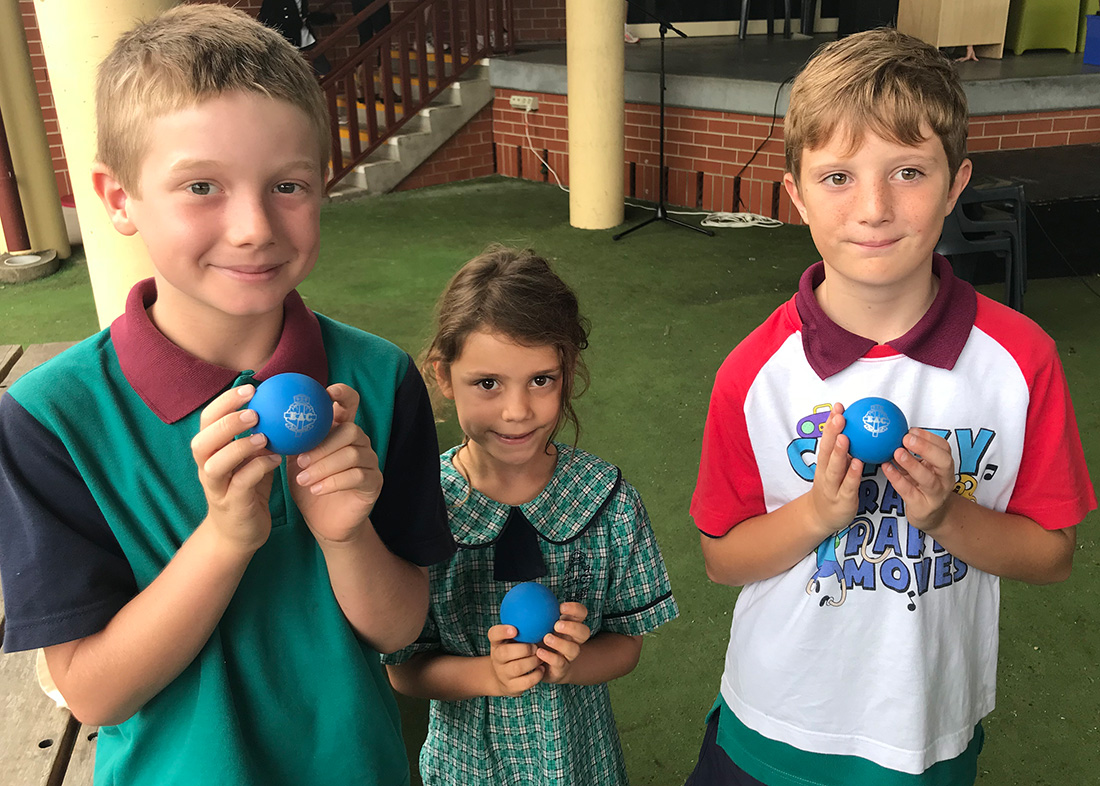 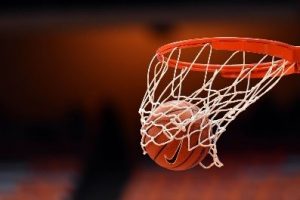 Our Student Representative Council have organised a Basketball House Cup Challenge, where students in each stage will play in their house basketball team versing another house team in their stage.  This is to encourage students to earn points for their house in a fun, social basketball game with their friends.

The SRC have planned the game timetable and designed posters to encourage student participation and communicate when each game will be played.

In Week 10, Stage 2 students will participate and Stage 1 students in week 11.  Kindergarten students will join the House Cup Challenge in Term 2.

Students are not to bring their basketball equipment with them on the day.  They are encouraged to participate in the uniform that their class is wearing on the day.

House points will be awarded for each game played:  50 points for first place and 25 points for second place. Point totals will be announced to students at our Primary Assembly at the end of the term. 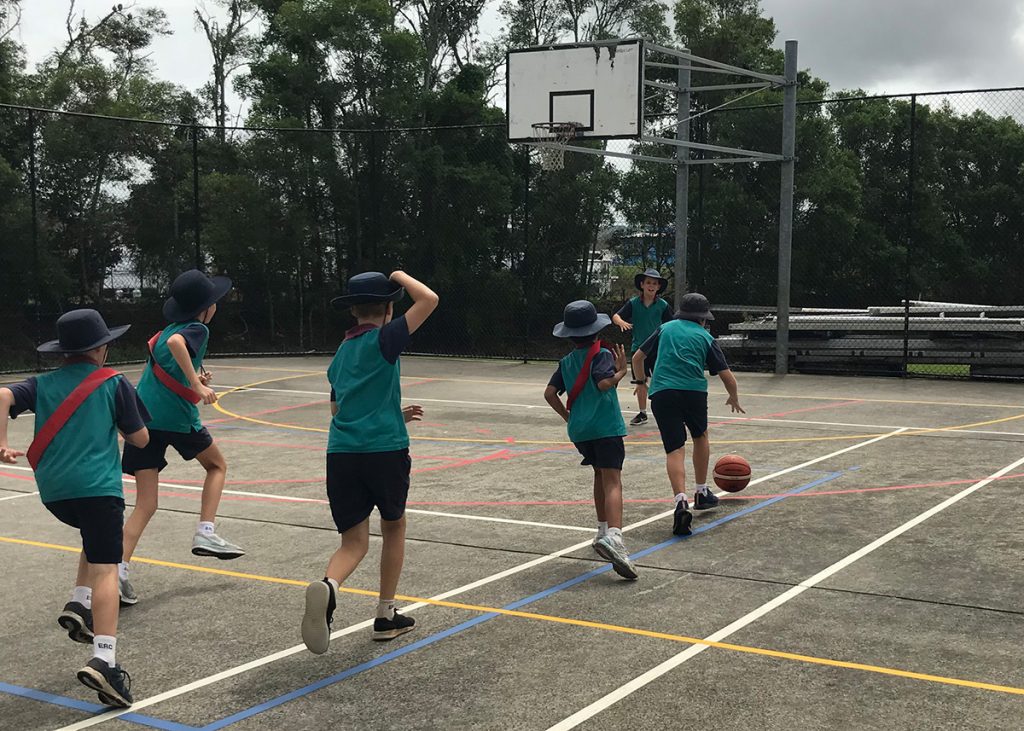 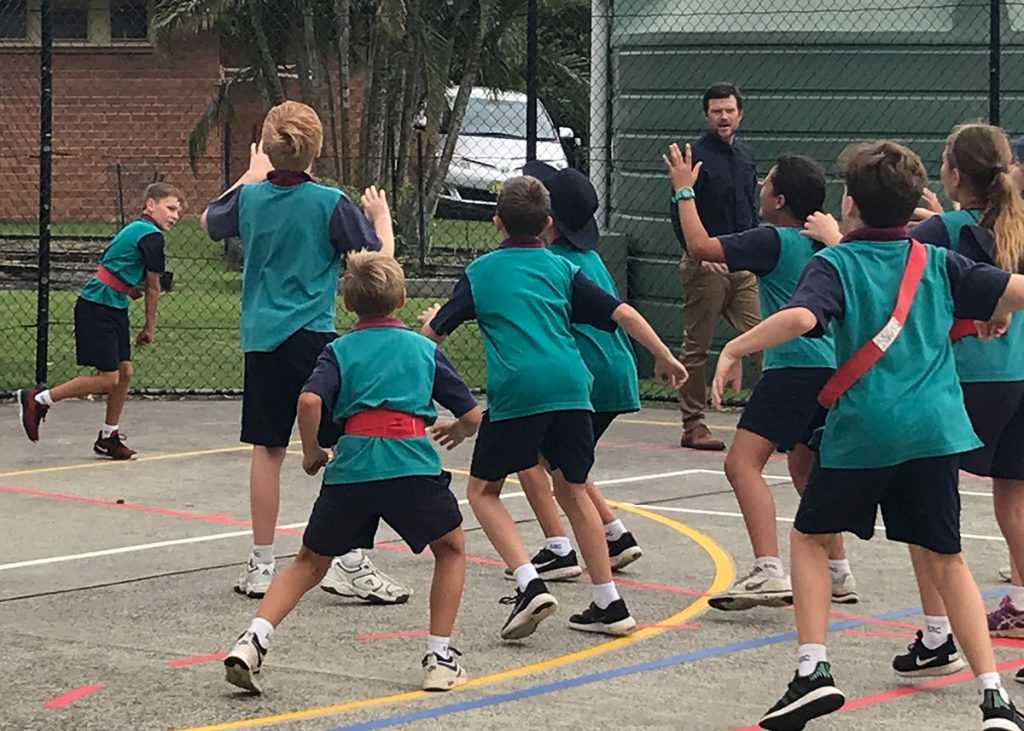 Last week students from the Early Learning Centre and kindergarten joined Stage 3 students and teachers to create wonderful Easter craft.  All student had a lot of fun sharing the experience together and getting to know each other. 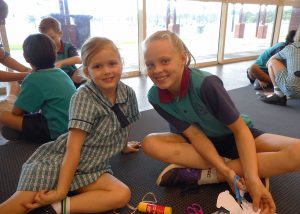 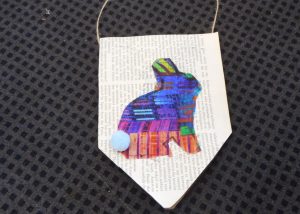 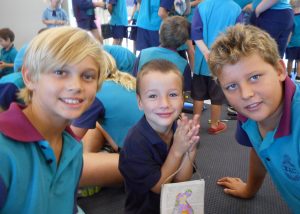 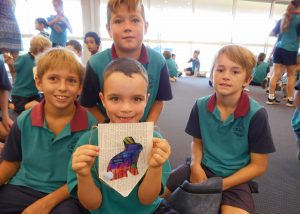 Last Wednesday evening, the Ballina Shire Concert Band and the College’s Secondary Concert Band participated in a "Rehearsal Battle" at the College. The energy in the room was electric as each band took turns to showcase their repertoire. The level of performance displayed by the students was outstanding. Musicians in attendance ranged from 8 years old through to one member of the Shire Band who is almost 92! The evening ended with both bands joining to workshop several pieces of repertoire together 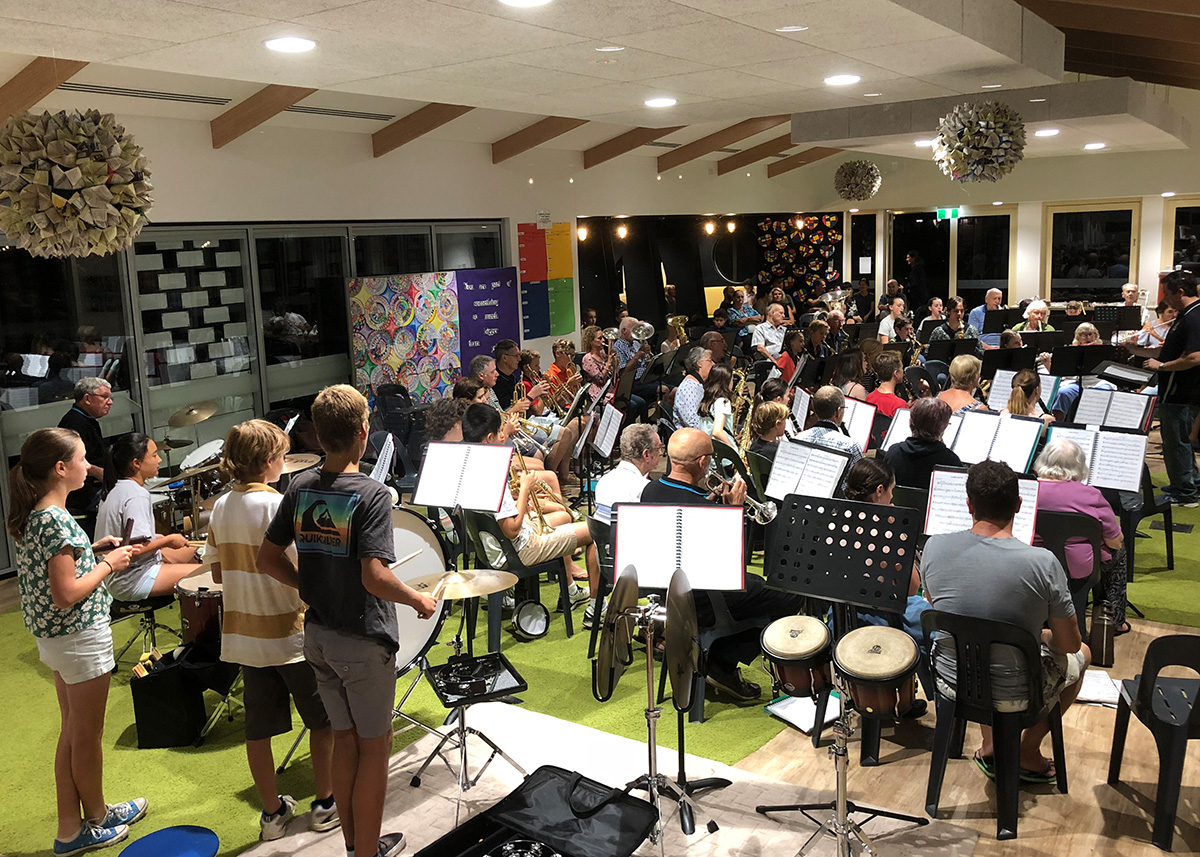 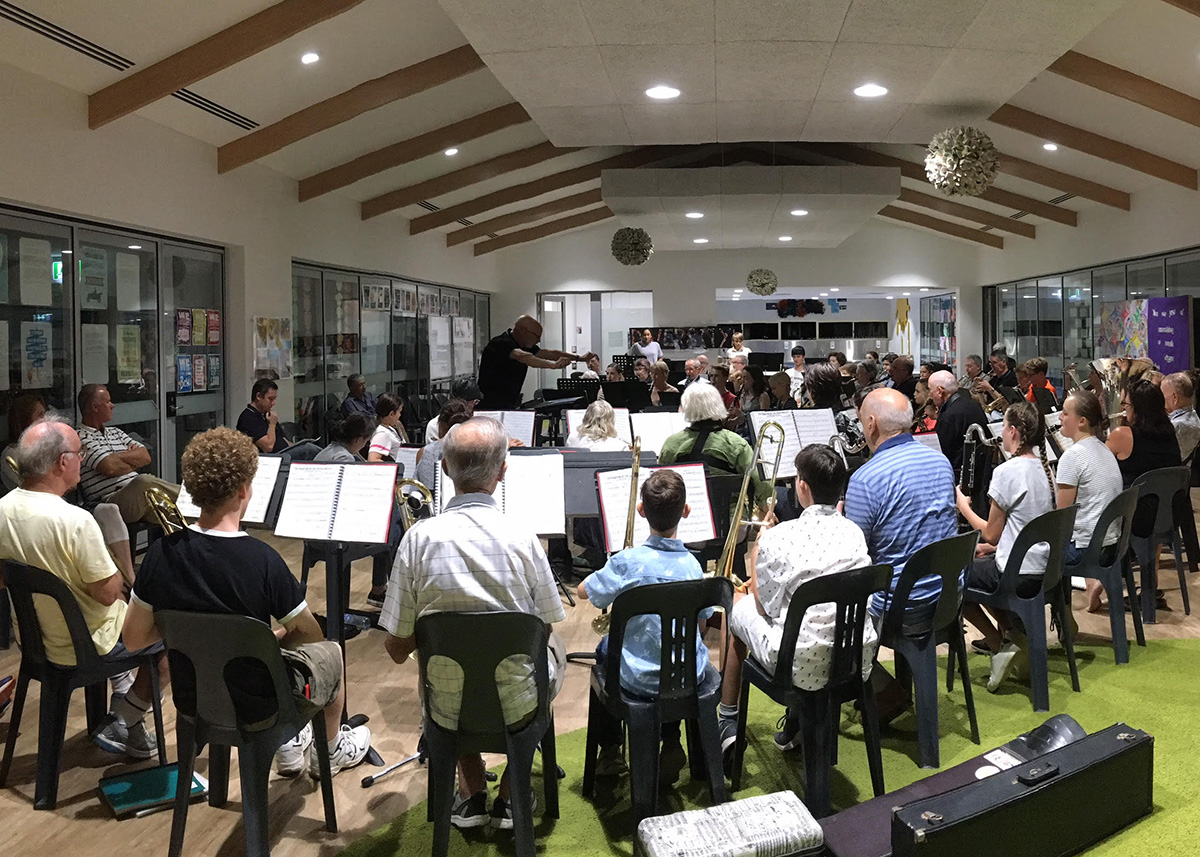 Congratulations to Aysha Franklin from Year 9 who represented the North Coast Independent Schools at the NSW Combined Independent Schools Hockey Championships last week in Sydney. The team performed very well in this high standard competition placing third overall and only one point behind second place. This was a great achievement as the team had a number of young players who were representing at this level for the first time.
Aysha Franklin second from the left.
Mr Graham Walker
Sport and Coaching Administrator Subway from ‘Subway’ on River Street, will be available from the canteen this Tuesday, 10 April. If you would like to order Subway for your child’s lunch this Tuesday please complete the order form then attach your order to a paper bag with your payment enclosed. This should then be put in the canteen basket on Monday  morning, 9 April. Order forms will be sent home but are also available at the canteen, office or online. 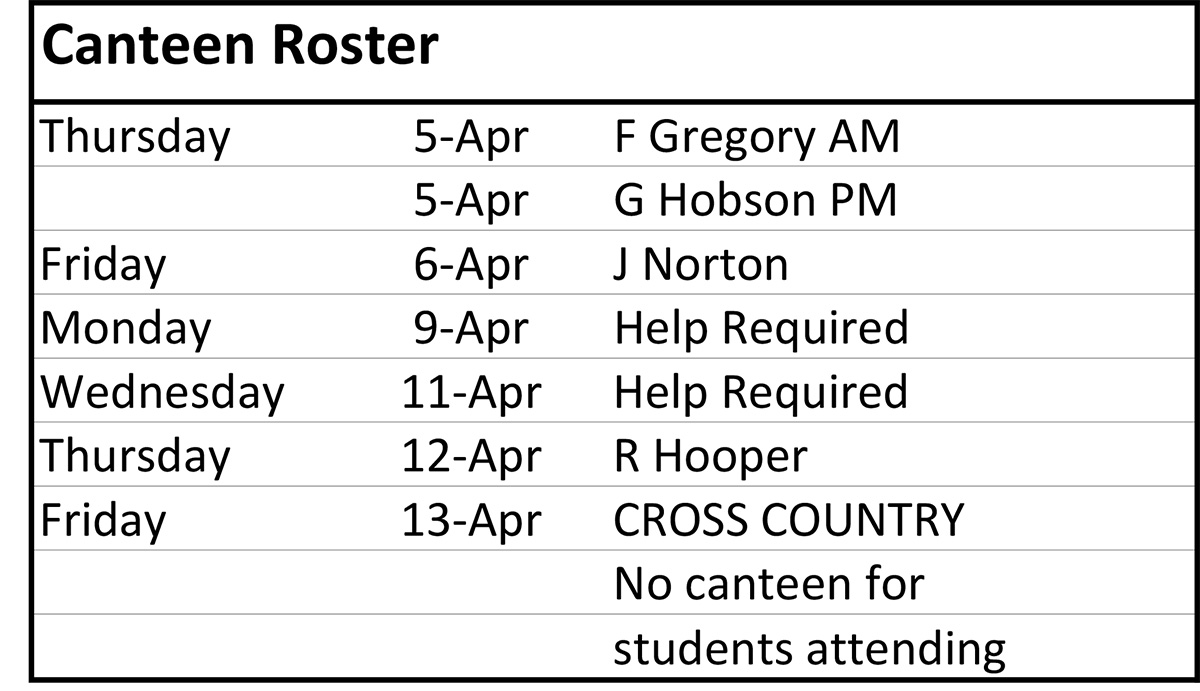 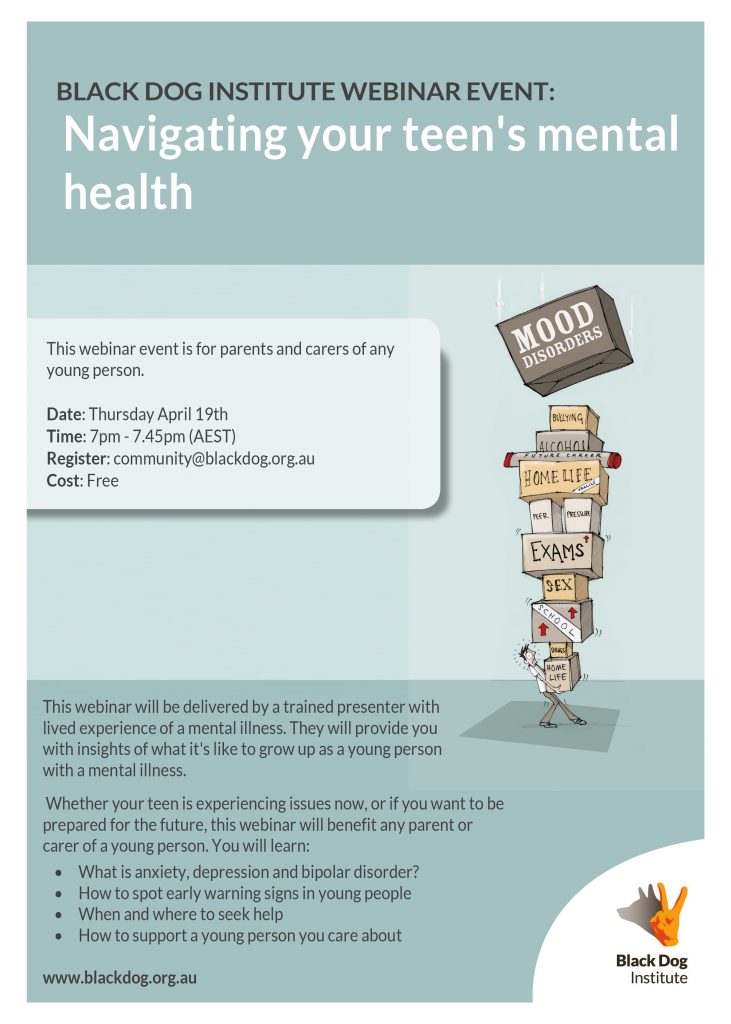