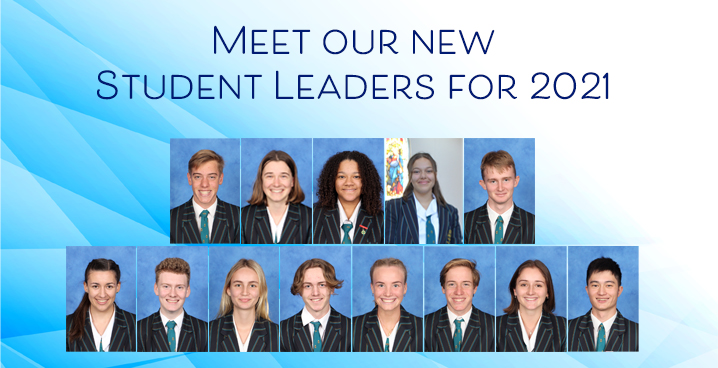 Introducing the Student Leadership Team for 2020/2021

Last Thursday the student leadership team for 2020/2021 were commissioned into their roles.  Each student acknowledged their role and the responsibility that comes with taking the position and pledged a commitment to the College during their year of leadership.  Each student has written a little about themselves, to introduce them to the College community and outline their vision for EAC. 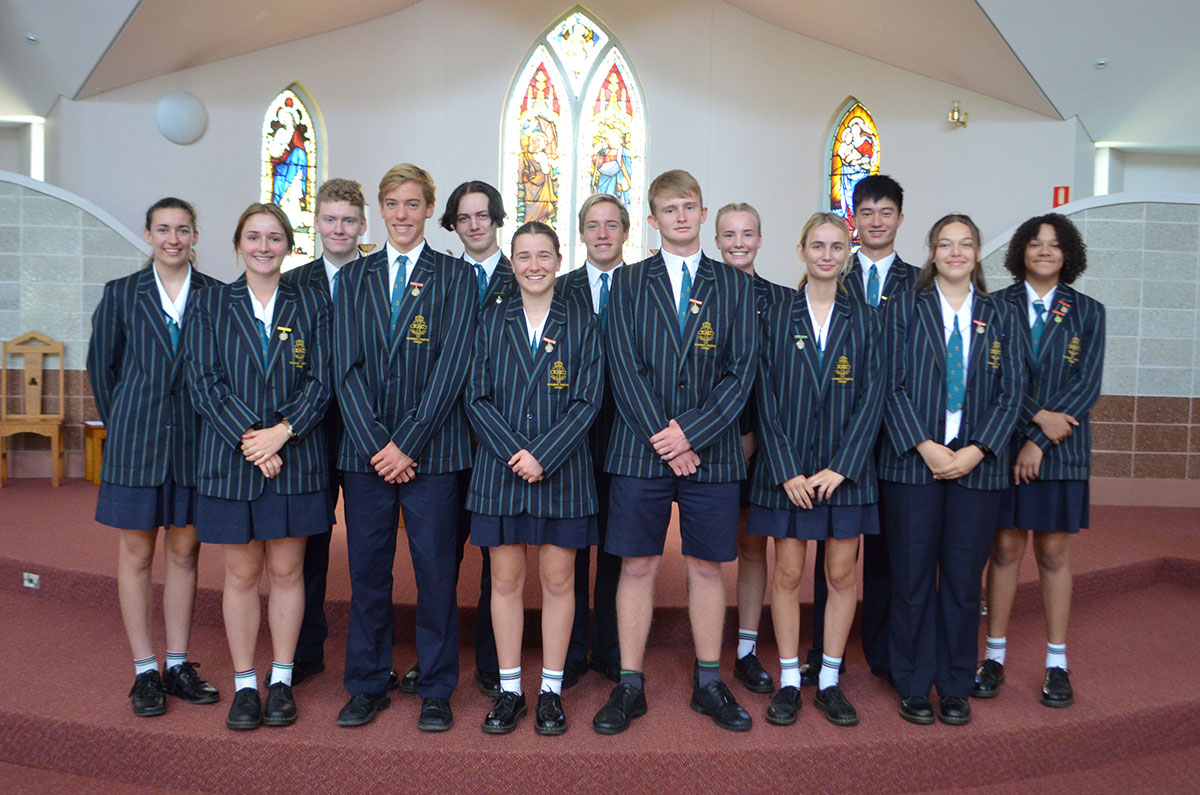 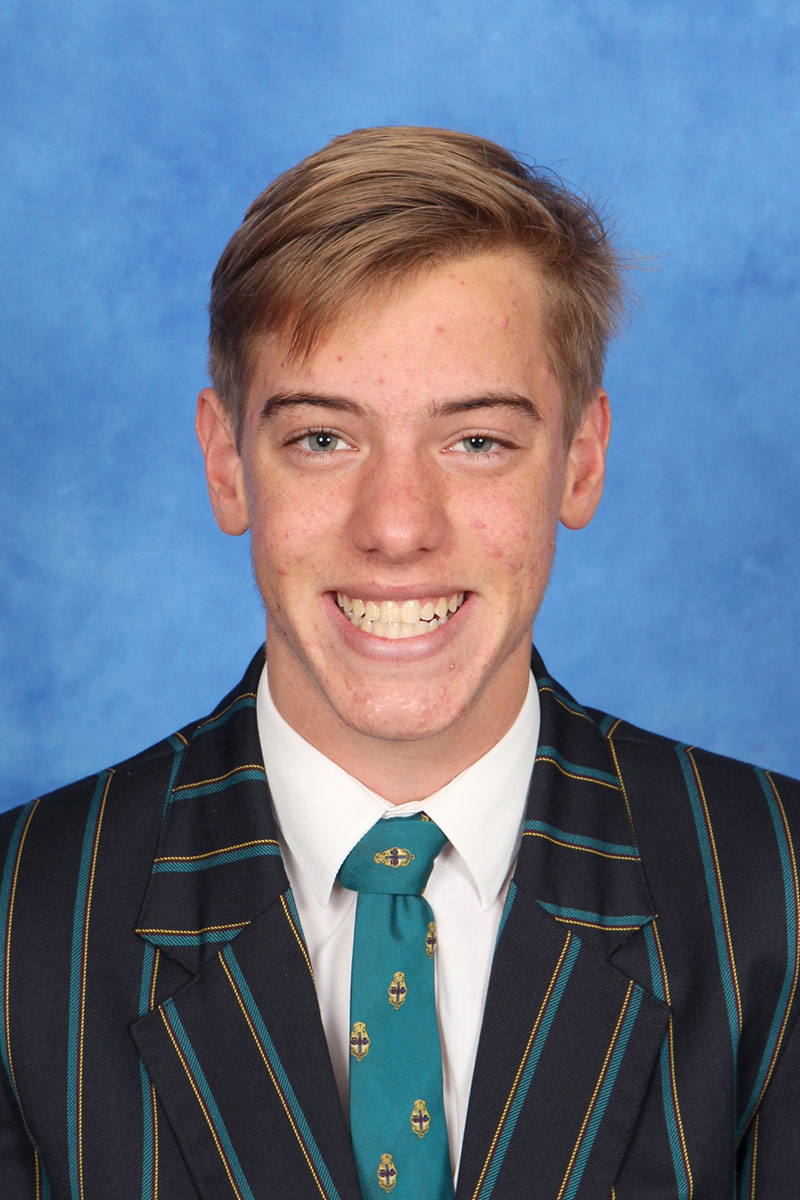 Hi, my name is Lachlan Walker and I am the College Captain for 2020/21.  I have attended the College for six years and have benefited from so many amazing opportunities from different representative sporting teams, as well as academic and cultural activities such as Tournament of Minds, interschool debating and the Duke of Edinburgh program.  I am also very involved amongst my community and am a leader in my swimming club and represent both my school, club and state on a national level in the sport.   As the College Captain for 2020/21, I want to inspire others to be the best they can be.  The values that I want to have at the core of my leadership in the coming year are teamwork and enthusiasm.  By modelling these behaviours and encouraging them in others, I believe that I can have a positive impact on the College and provide others with opportunities to succeed.

Favourite quote: "If I have seen further, it is by standing on the shoulders of Giants" Isaac Newton.

Hi!  My name is Ella and I will be one of the College Captains for 2021.  I have been at Emmanuel since 2010, and have grown up with many of the peers I have today.  I am the lead percussionist in the Secondary Concert Band and love representing the school in music, sport and more!  I'm passionate about music, playing tennis and spending time with my friends and family.  Seeing the College develop from when I started has been incredible to watch, and I look forward to meeting all the new faces of Emmanuel in my year of leadership.

I am so grateful for this opportunity to lead and I'm looking forward to what 2021 has to offer. 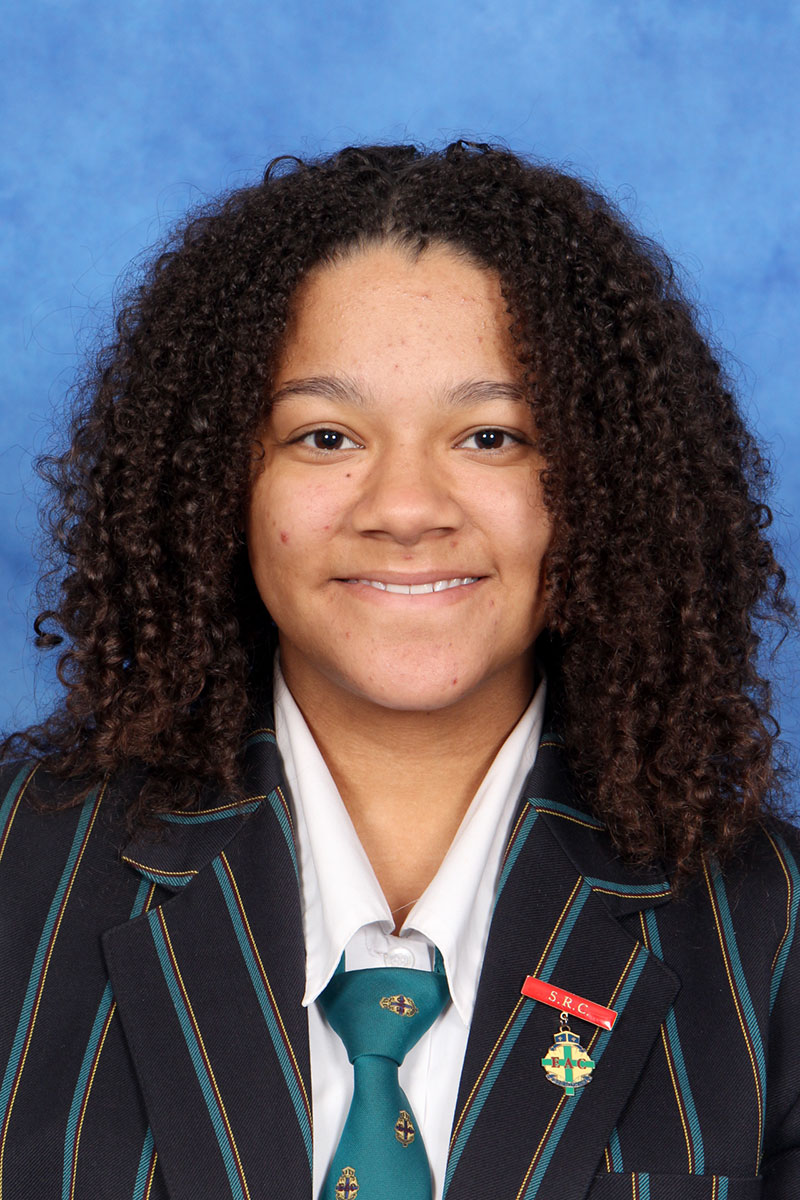 Hey!  My name is Scarlett and I'm so excited to be representing the students (and the parents too) as the Student Representative Council President for 2021.  I'm super passionate about social justice and making sure everyone feels comfortable at EAC.  I love writing and performing music and I want to inspire my peers to be confident in themselves and what they do because it's so important.

Thanks for the privilege to represent you guys!

Hi! My name is Simone and I am your Arts and Culture Leader for 2021.  As someone who takes Drama and Visual Arts, I am extremely excited to be your student representative in this area.  I am hoping to further the opportunities within the Arts, not only participation wise but celebration wise as well.  I think it's very important that we celebrate all achievements and all that has been created whether that be photography, paintings, drawings or major projects.

If you have any ideas you would like to see happen, I'd be glad to hear from you and collaborate together.  I'm looking forward to this upcoming year with you all. 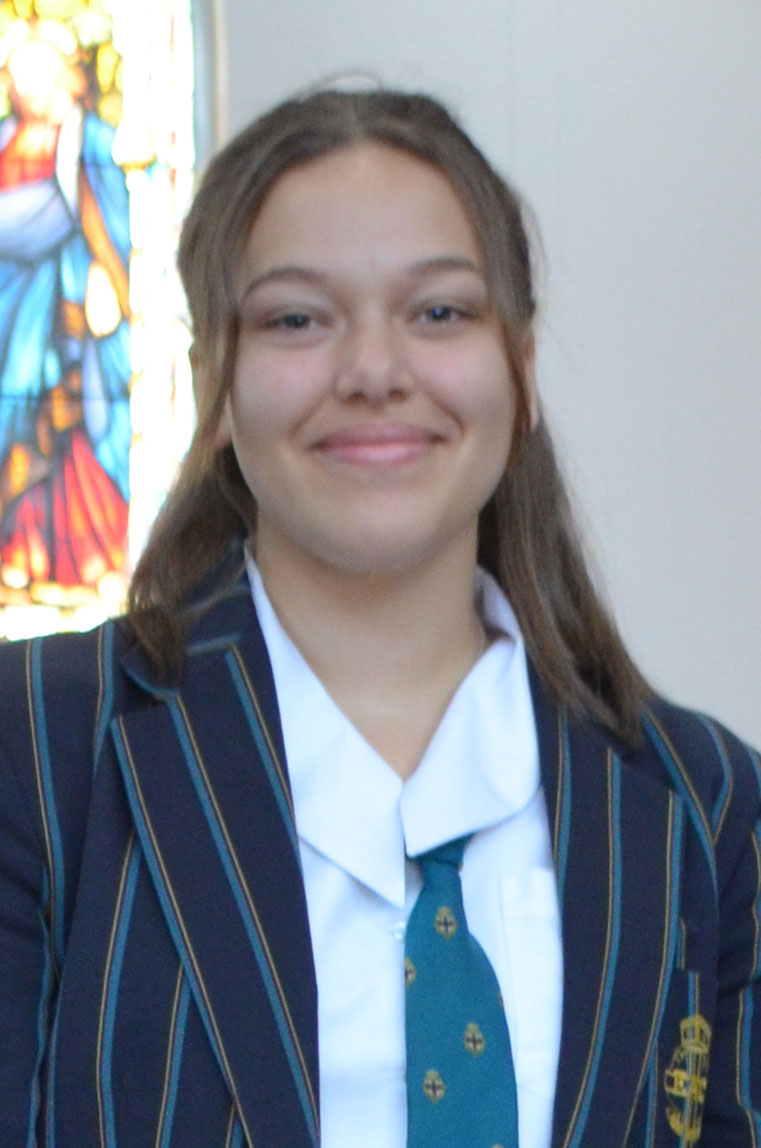 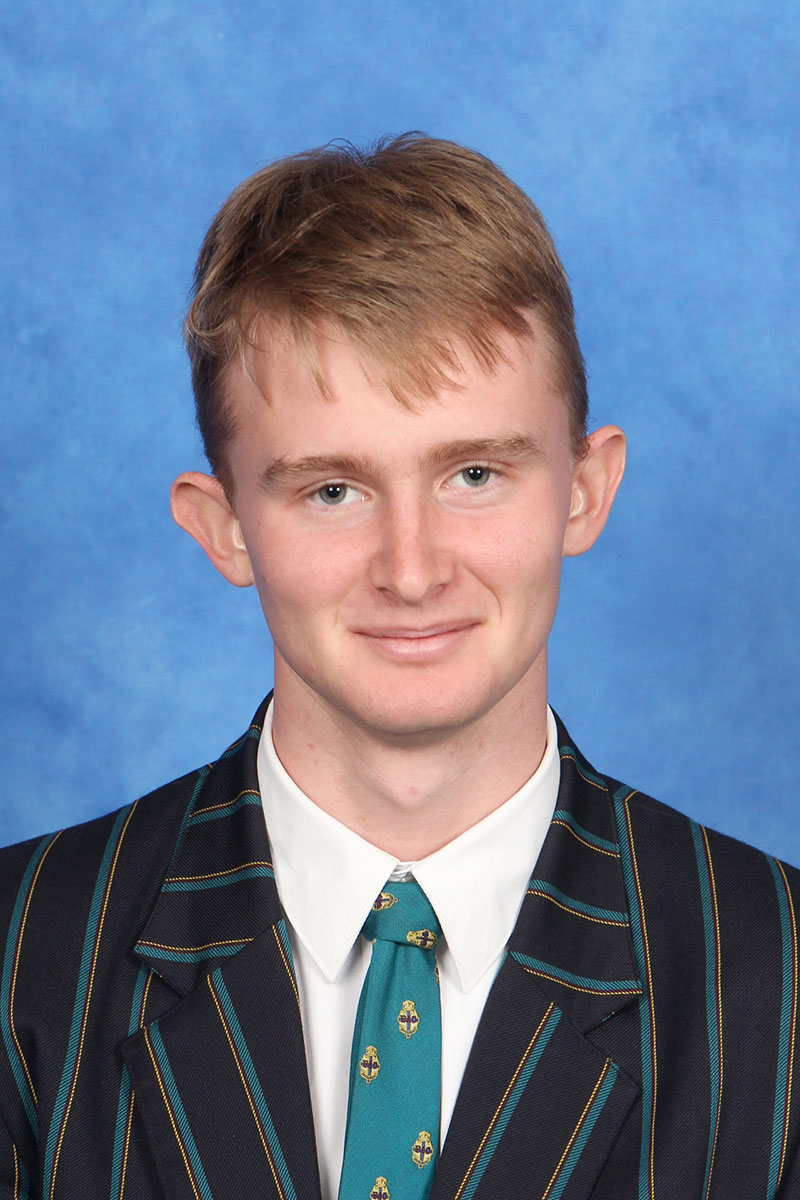 My name is Alex.  I am the Community Outreach Leader for Emmanuel Anglican College in 2021.  I have used much of the time spent within the Emmanuel community participating in extracurricular activities and events.  This has included participation in a range of sports as well as after school coaching programs for basketball and the Duke of Edinburgh program.  I have also taken part in a wide range of community events.  This has ranged from attendance in Naval Cadet ceremonies like ANZAC guards to regular participation in surf lifesaving patrols and community events.  During my term as a Community Outreach Leader, I would like to create more opportunities for students to participate in the Lighthouse program.  In my opinion, this could both benefit the local community as well as Emmanuel students.

My name is Hayley Oakes, I am the elected 2021 female House Captain for Brockington.  Emmanuel Anglican College is a school that proves time and time again we are a school of creative, intelligent people.  Given this opportunity, I hope to inspire a greater house and school culture, a culture radiating hope and exuding the College values through the wider community.  I wish to build the College's profile and enhance EAC's already prominent reputation.

I am excited for the upcoming year where we will see the integration of the new vertical PC structure, where I hope to inspire, support and encourage students to perform to their potential. 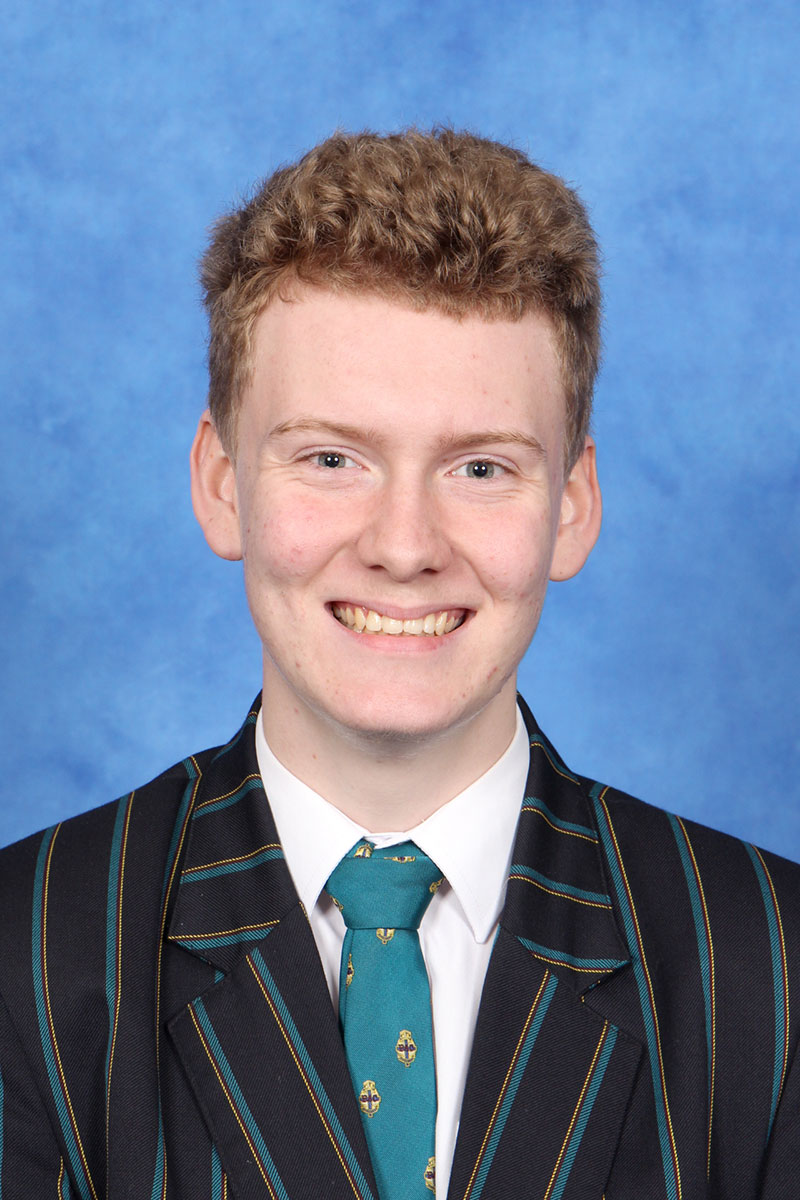 Hi!  My name is Francois van Kempen, and I am lucky enough to be one of the Brockington House Captains this year.  I've been enrolled in Emmanuel ever since 2014, when I landed in Australia, fresh off the plane from New York City.  Since landing in Australia, I have spent much of my time in the community, serving with the Navy Cadets for 4 years, being involvevd with both the State Emergency Service Cadets, and later the SES proper where I teach first aid, knots, and respond to storm jobs, completing Rural Fire Service training, and engaging with debating, tournament of the minds, robotics, the College Concert Band, and the Duke of Edinburgh program.

In my position as the House Captain, I'm hoping to mold Brockington into a tightly knit group, working with my co-Captain, Hayley Oakes.

Hey my name is Maiya and I am one of the Purcival House Captains for 2020/21.  I have been at Emmanuel since 2008 and I'm so excited for leading Purcival next year, especially with the new House structure!  So a bit more about me, I really enjoy socialising and creating connections with people of all ages.  I'm very passionate about equality and ensuring a positive environment is created for all.  Out of school, I have run my own business for the past 2 years in which I create films for various brands, weddings, campaigns etc.

As House Captain I am hoping to make a welcoming and fun environment for all students and leave my mark on Emmanuel coming into my final year of schooling. Hello!  My name is Gabe Mison and I am fulfilling the role of Purcival House Captain for the College in 2021.  My time at EAC has left me with an appreciation for the strengths of the College, as it has not only facilitated my own personal development throughout my secondary years, but has provided me with opportunities both within and outside the school community.  I have been fortunate enough to be involved in school sporting teams, volunteer at a retirement village, and assist my local sporting clubs by refereeing and coaching junior players.

As I enter my final year of schooling, I am excited to be able to give back both to the College and the wider community, and utilise my role to leave a positive mark on the College that will benefit future students.

I love playing netball, going to the beach and hanging out with my brother.  I think it's really important to become a part of the school community and wider community and always give your best efforts!  I am a part of my netball community in Byron Bay, and I always try to help where I can, and I encourage you all to do the same.

I'm really excited to meet you all and have the opportunity to have a really great year.  Thank you. 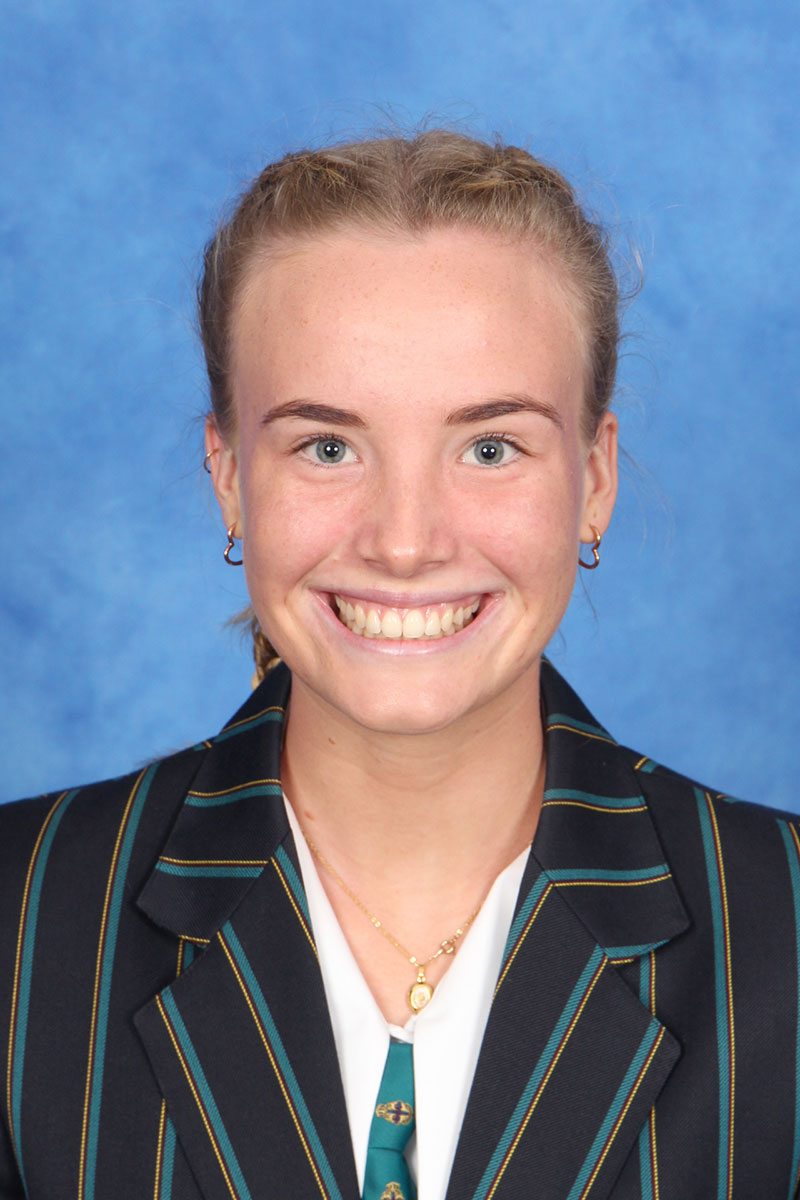 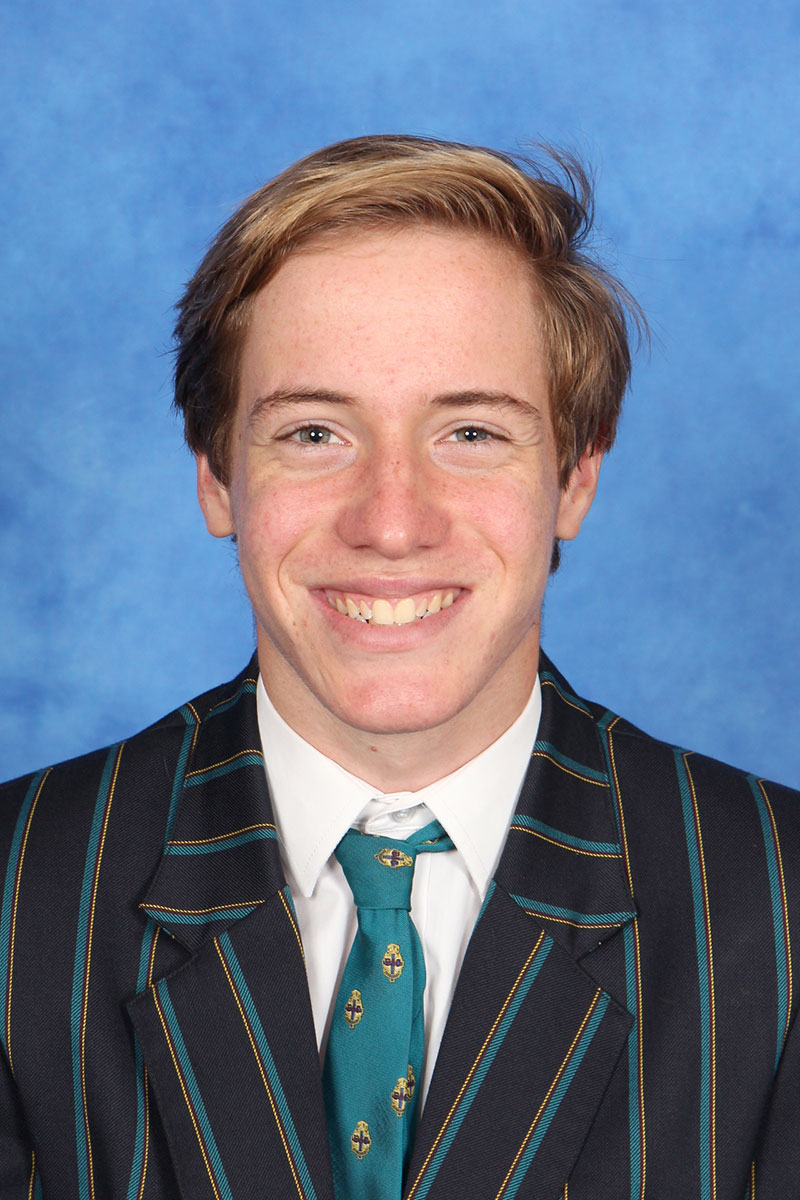 Hello!  My name is Hamish Walker, and I'm the male House Captain for Smith in 2021.  Since arriving at EAC in 2015, I've had the opportunity to be involved in a variety of activities, including interschool sport, debating and academic competitions.  I've also been able to take part in a wide variety of community service through the Duke of Edinburgh Award, including the EAC guided reading program, local Landcare services, and assisting in the creation of teaching resources for another local school.

As a House Captain in 2021, I'd like to continue building a positive culture of participation, enthusiasm, compassion and respect in Smith House and the wider school community.

Hi!  I'm Sofia and I'm the female Walker House Captain for 2021.  I've been at EAC since 2013 and have gotten involved in many sporting and creative opportunities, such as art shows, Duke of Edinburgh, basketball and netball gala days and state athletics for javelin.  I have been a part of basketball teams outside of school and have been part of a female-based fitness group in the community for many years.  I strongly value kindness, enthusiasm, commitment and respect.  I hope to get involved in the school and wider community.

I am thrilled to start this new journey with my House next year.  Thank you. 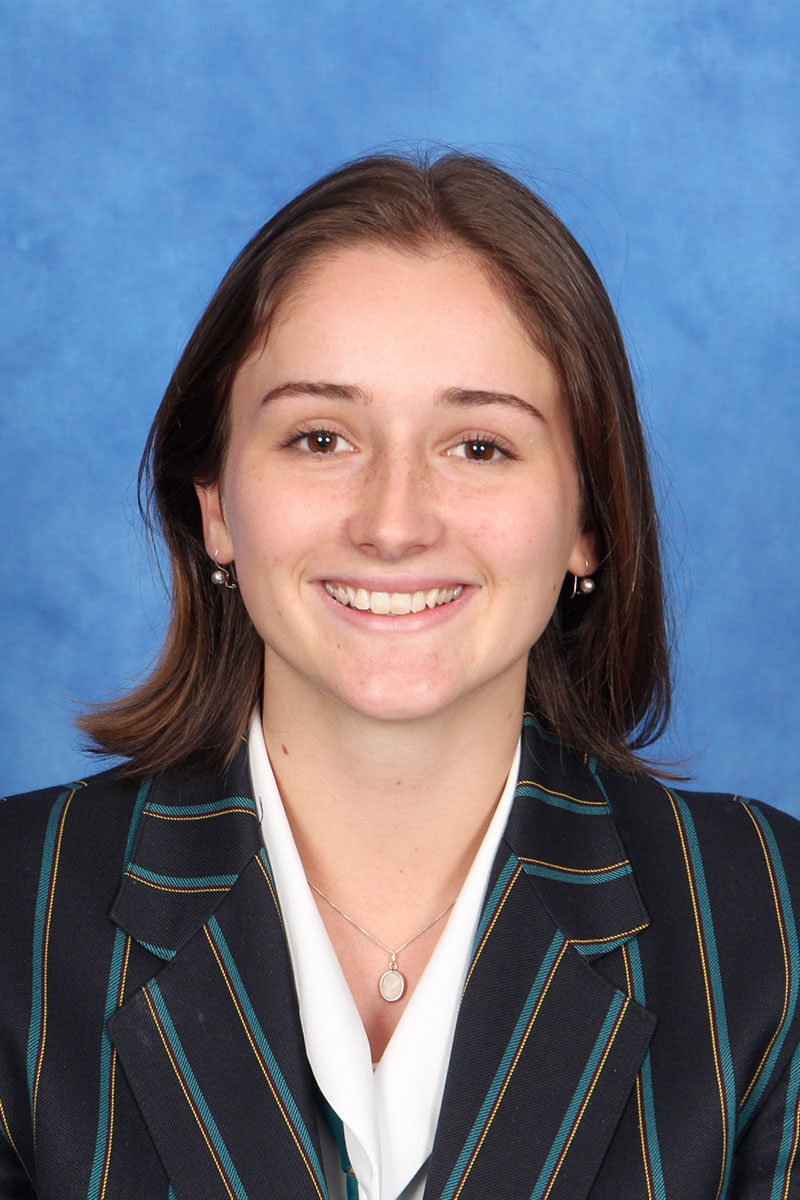 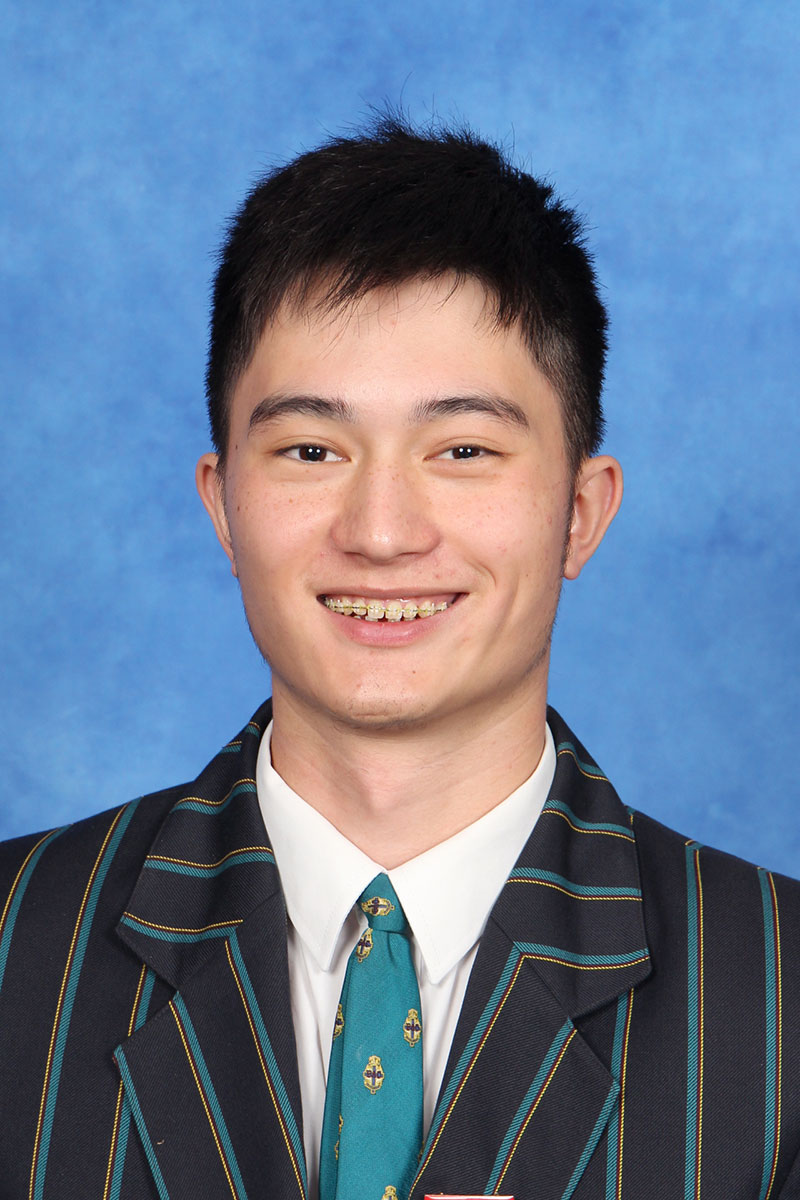 I am Ethan Jorgensen and I have been granted this amazing role of being one of the Walker House Captains for next year.  I enjoy playing tennis during the week at the Ballina Tennis courts and am an aspiring miniature hobbyist, though I've still got a long way to go in improving my paintbrush techniques.  In the years I've been at EAC, I have been fortunate enough to participate in the many facets of College and community life.  From SES with the local Ballina unit, to training with the Rural Fire Service, to early mornings down at Angels Beach with Dune Care, and Saturday afternoons at TS Lismore for weekly Naval Cadet parades.  I was lucky enough to be nominated for a position as one of the Year 11 SRC representatives earlier this year and my commitments outside in the community have enabled me to achieve my Silver Duke of Edinburgh Award.

Myself and in particular the rest of our leadership team are very excited to put into action our plans for 2021 and our values of Respect, Enthusiasm and Compassion.  The transforming role of House Captain has me thrilled for the opportunity to take part in this new experience and to make my mark on the College's legacy.